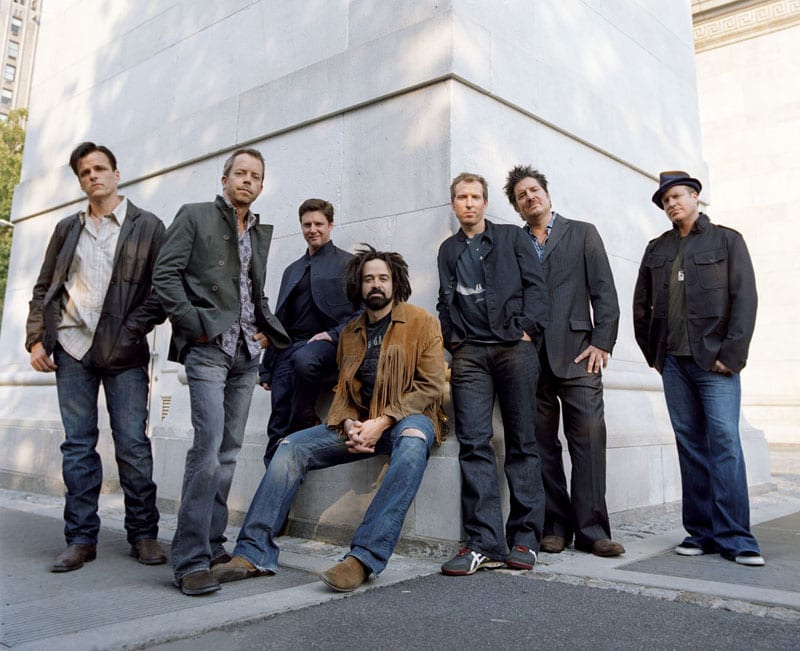 The Maryland Jockey Club today announced that Counting Crows, The Fray and Annie Bosko will perform live in the public infield, beginning in the late afternoon on Friday, May 16 at Pimlico Race Course.

Counting Crows ­has sold more than 20 million albums worldwide after exploding onto the music scene with their multiplatinum breakout album August and Everything After in 1993. The band is currently finalizing their seventh studio album scheduled to be released in Fall of 2014. This album will be the band’s first new material since 2007. Known for creating unique and innovative concerts and consistently ranked as one of the top live bands performing today, Counting Crows will embark on a world tour beginning in June. Additional information can be found at http://countingcrows.com/.

The Fray released its fourth studio album Helios on February 25 which is receiving early critical acclaim—Billboard named it “one of the most highly anticipated releases of the season.” The band achieved national success with their 2005 debut, featuring the hit singles “Over My Head (Cable Car)” and “How to Save a Life,” which went double-platinum. The band also earned a 2010 Grammy nomination for its self-titled release. Additional information can be found at http://www.thefray.com/us/.

Bosko is one of Nashville’s “it” girls on the rise. A semi-finalist on season 8 American Idol, she has performed as opening or backing vocal slots with Darius Rucker, Adele, Josh Groban, Dierks Bentley, Big & Rich and Josh Turner. Her single “Crooked Halo” will be released to Sirius XM radio and terrestrial stations this spring. Additional information can be found at http://anniebosko.com/.

Renowned independent promotion and production company, I.M.P., of 9:30 Club and Merriweather Post Pavilion fame, booked and will produce the concert. Additional information can be found on http://www.930.com/.

Tickets can be purchased by calling the Pimlico sales office (877-206-8042) or by logging onto http://www.blackeyedsusanday.com/. Tickets for the concert will be $40.

A two-day Infield combo ticket for Black-Eyed Susan and Preakness days is available for $90 through April. Lorde will headline the main stage at Preakness InfieldFest on Saturday, May 17. The Preakness day concert features seven acts on two stages from 8:30 a.m. to 5:30 p.m. leading up to the 139th running of the Preakness® Stakes, the middle jewel of racing’s Triple Crown. The full line-up will be announced shortly.

Black-Eyed Susan Day, held annually on the third Friday in May, is the second biggest day on the Maryland racing calendar in terms of purses, attendance and handle, trailing only Preakness Day.

First run as the Pimlico Oaks in 1919, the Black-Eyed Susan Stakes (G2), for 3-year-old fillies, is the co-headliner on a 13-race card that also features the historic Pimlico Special (G3). The program includes a jockey challenge between seven active Hall of Fame riders and the fifth annual Lady Legends For the Cure Race™.

“The evolution of Black-Eyed Susan Day is something we are very proud of,” said Maryland Jockey Club president Tom Chuckas. “The weekend is now positioned as one of the most unique entertainment experiences anywhere, combining the highest level of racing and first-class music on both Black-Eyed Susan and Preakness days.”

NBC Sports Network, WBAL-TV and HRTV will have live broadcasts of Black-Eyed Susan Day from Pimlico on May 16.

The Ultimate Girls Day Out

“The Maryland Jockey Club is committed to the empowerment of women and supports a platform to honor their strength and spirit,” added Chuckas. “Black-Eyed Susan Day represents that platform by championing causes related to health education, career relationships and family.”

The 2014 beneficiaries will be the Maryland Affiliate of Susan G. Komen for the Cure® and Baltimore-based Suited To Succeed.

Susan G. Komen for the Cure®, the global leader of the breast cancer movement, was founded by Nancy G. Brinker in 1982 after a promise to her dying sister to do everything in her power to end breast cancer.

The mission of Suited to Succeed is to empower Baltimore area women in their efforts to transition from training programs and unemployment to self-sufficiency by providing free professional clothing and workshops.

Pimlico will launch initiatives supporting both charities with a series of events leading up to and including Black-Eyed Susan Day.