Behemoth runs big to win the John B. Campbell Handicap 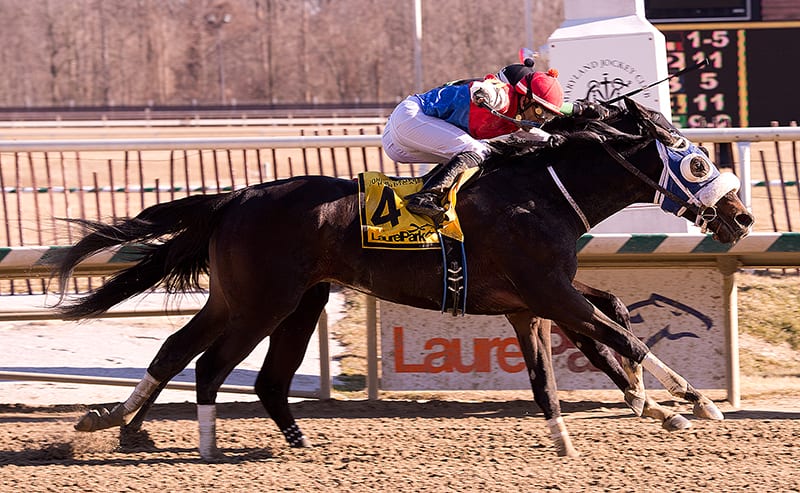 Michelle & Claudio Stable, Inc.’s Behemoth dogged the 1-5 betting favorite until he caught him in the last jump to win the $100,000 John B. Campbell Handicap.

Victor Santiago was relentless atop the son of Giant’s Causeway, sending him hard from the far turn to the finish line after frontrunner Managed Account, a previous stakes winner. They won by a nose and Concealed Identity finished third.

Trained by Claudio Gonzales, Behemoth covered the mile and an eighth distance in 1:51.59 and paid $24.60. This was the first stakes win but only the second stakes start for the 5-year old.

Gonzales said, “Victor did everything the right way. I said if we fight the one horse (Managed Account) we’ll be last. Take him back and relax and make one move. He had trouble at the start in his previous race but he’s getting better and better.

Owner Somraj Singh said, “Sometimes you just take a shot. He’s well-bred and has a lot of talent and he loves this track.” Behemoth has hit the board ten times in thirteen starts at Laurel Park.