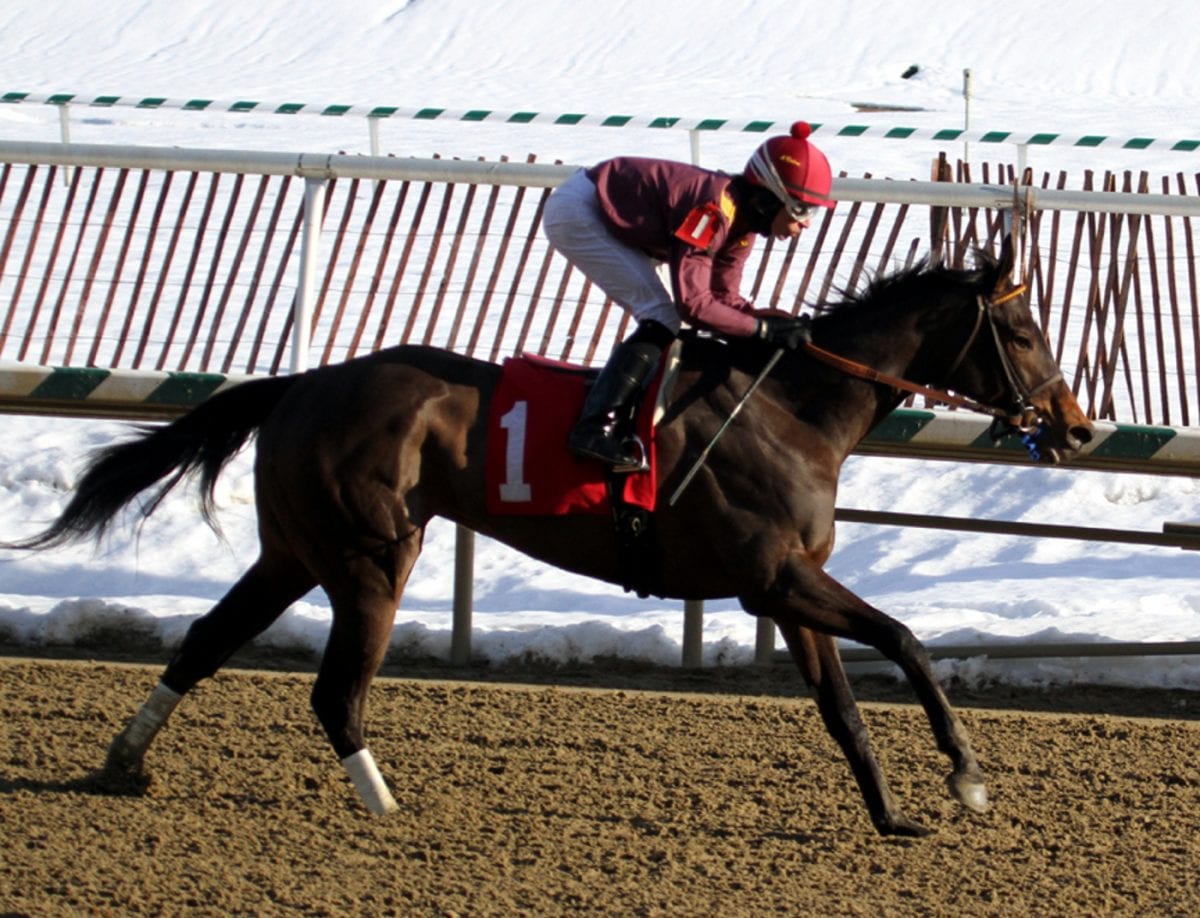 Presidents’ Day, the day of the Grade 3, $250,000 General George Handicap at Laurel Park is always one of the highlights of the long, gray winter in central Maryland.

This past Monday was no exception.  In addition to the General George, the Maryland Jockey Club also offered the 23rd running of the $100,000 Maryland Racing Media Stakes, a route race for older fillies and mares.  Ilikecandy, a four year-old daughter of Malibu Moon trained by Graham Motion and owned by Robert LaPenta, proved much the best en route to a dominating, seven-length win.  That win, her third in just five starts, boosted her earnings to just shy of $130,000.

“She was very good in the paddock, very relaxed and Alex [Cintron, the jockey] did a superb job of rating her,” said Motion’s assistant, Adrian Rolls.  He added that Cintron is “a very good rider, very talented.”

One race later, Bandbox, a six year-old son of Tapit, thrashed a quality field in the General George, rallying outside to win by a widening four lengths (here).

“The jockey said he didn’t break really fast, and he just kind of went around,” said Bandbox’s owner, Ellen Charles, after the race.  “And then at the quarter pole, he took hold of the bit and said, ‘It’s time for me to get it on.’  The rest is history.”

Also during the day, the Maryland Racing Media Association presented its annual award for Maryland-based Horse of the Year to the connections of Dance to Bristol  The daughter of Speightstown, trained at Bowie by Ollie Figgins, III for owners Susan and David Wantz, won five stakes during 2013, three of them graded.  She posted a seven-race winning streak, which culminated with a narrow score in the Grade 1 Ballerina at Saratoga.  Though a disappointing sixth in the Breeders’ Cup Filly and Mare Sprint, she was among the finalists for an Eclipse Award for that division.