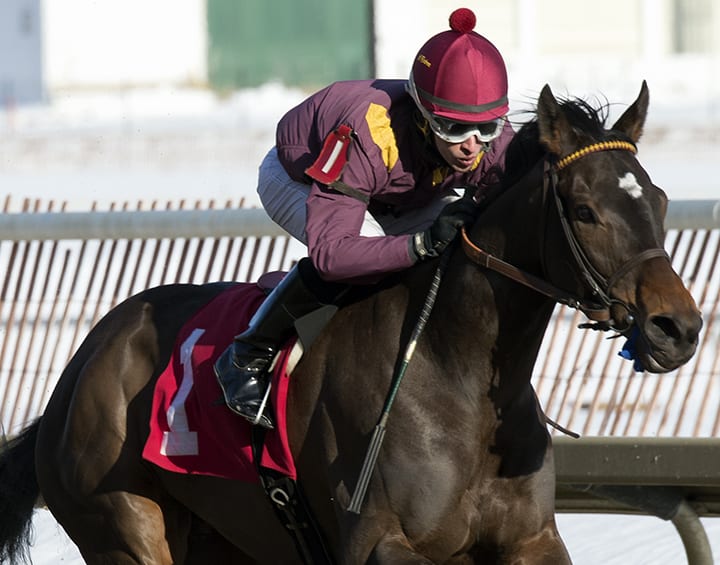 Ilikecandy loves Laurel Park, running her record to three-for-four at the central Maryland track after a dominating seven-length victory in the $100,000 Maryland Racing Media Stakes for fillies and mares Monday afternoon.

Alex Cintron pushed go and the daughter of Malibu Moon raced comfortably ahead of her four rivals before drawing away to win in 1:153.91 for the 1-1/8th mile distance over the fast main track. Malibu Red chased along the rail to finish second.

“I wanted to get a good spot early and I was able to,” Cintron said. “We stayed off the rail and out of trouble. This is a very nice filly that will get better the farther she goes. I was comfortable and confident today and when we closed at the quarter pole I was making sure she’d be ready to go farther next time.”

The Graham Motion trainee has never been worse than second in five lifetime starts. This was her first stakes win. The filly broke her maiden in her second career start last November and won an allowance race the following month before a solid runner-up finish at Aqueduct on January 10.

“She broke a little slow in her last start in New York and I think she was intimidated by the dirt in her face a little,” said Motion’s assistant Adrian Rolls. “We left it up to Alex that if she broke well just to let her run her race. That formula has worked for her very well in the past and she obviously was very suited to that today. She was very good in the paddock, very relaxed and Alex did a superb job of rating her.”