Yes He Did rallies to win off 13-month layoff 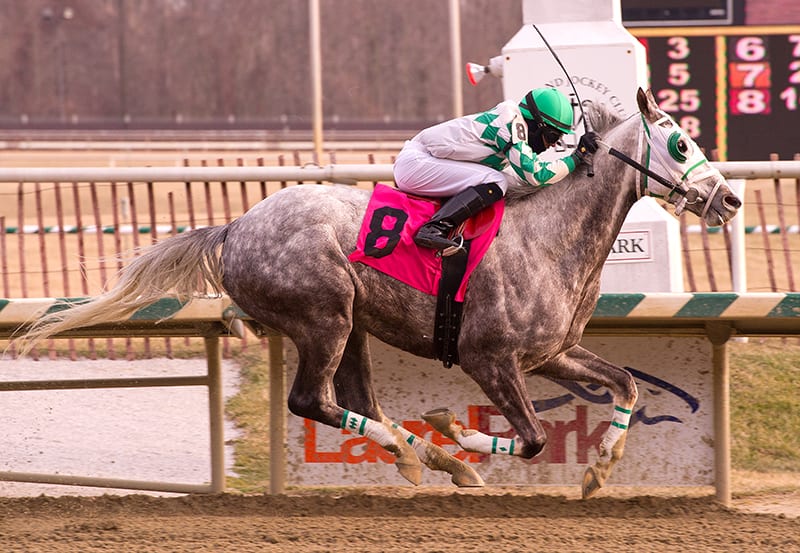 Yes He Did won today’s $42,000 feature at Laurel Park off a 14-month layoff when he rallied from far back to beat seven other rivals.

Dismissed at 10-1 and breaking from the extreme outside post, the roan gelding carried apprentice Jevian Toledo to a 3-1/2 length victory over late closing Thurmont.

The son of Exchange Rate was claimed by trainer/co-owner Linda Gaudet in December 2011. He was 0-for-10 with five in the money appearances in 2012 and missed all of 2013.

“Big effort. I am very pleased,” Gaudet said. “He had some surgery. We gave him plenty of time and he came back strong. This was a big step today. I wanted to get over this hurdle. You never know after that long away. He just kept getting better and better during training so we decided to take this shot rather than coming back in an easier spot.”