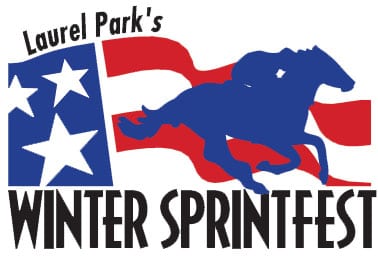 Nominations for the four stakes races which highlight the President’s day holiday weekend at Laurel Park were released by the Maryland Jockey Club’s racing office.

Winter SprintFest is headlined by two graded, seven furlong contests – the $300,000 Barbara Fritchie Handicap (G2) for fillies and mares on Saturday, February 15 and the $250,000 General George Handicap (G3) for 3-year-olds and up on Monday, February 17.

The Saturday card also includes the $100,000 John B. Campbell Handicap and Monday’s program will feature the $100,000 Maryland Racing Media Stakes.

Twenty-eight runners were named to the Barbara Fritchie, including Winning Image, who won her seventh stakes race two weeks ago in the What A Summer Stakes. Maryland Jockey Club stakes coordinator Coley Blind expects Linda Rice to enter La Verdad, a winner of five straight in New York.

The Campbell, for 3-year-olds and up, drew twenty-two nominees, while the Maryland Racing Media, for fillies and mares, drew seventeen nominees.

The Saturday festivities will include over $2,500 in prize giveaways frozen inside an ice carving and a complimentary Laurel Park canvas tote bag to the first 3,000 fans.