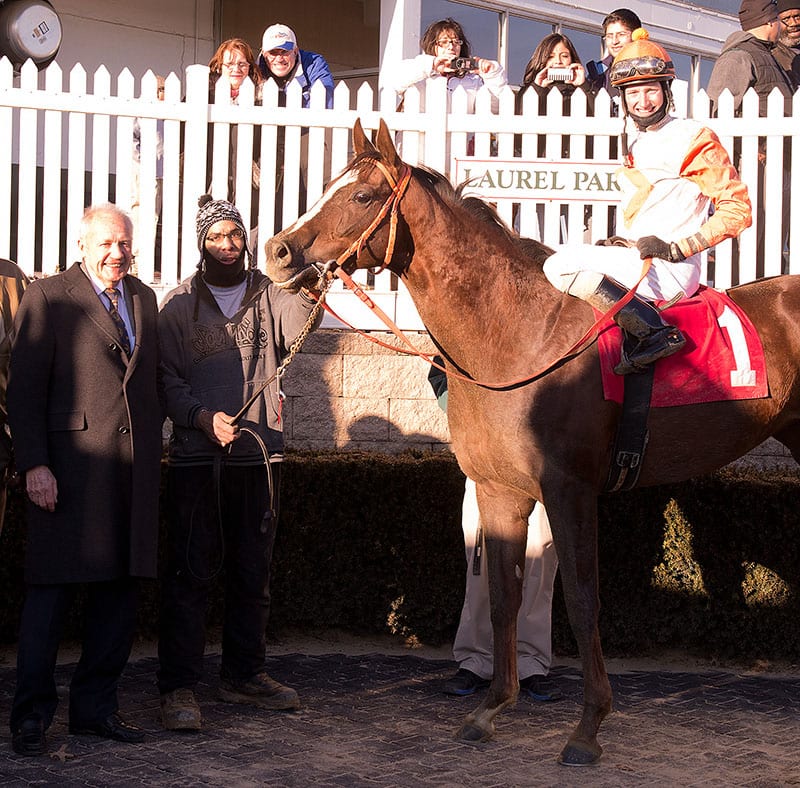 King Leatherbury tied and passed Hall of Fame trainer Jack Van Berg for fourth on the all-time win list with a pair of victories Saturday afternoon at Laurel Park.

Leatherbury got win 6,417 when Toni With an I ($11.20) emerged victorious in the fourth. Three races later, Princess Appeal ($7.60) got up in the final jumps to allow the 80-year-old conditioner to move into sole possession of the spot with career victory 6,418. Apprentice Trevor McCarthy rode both winners.

“It is great,” Leatherbury said. “The wins added up over the years. We have only had the one division the entire time, which makes it even more remarkable.”