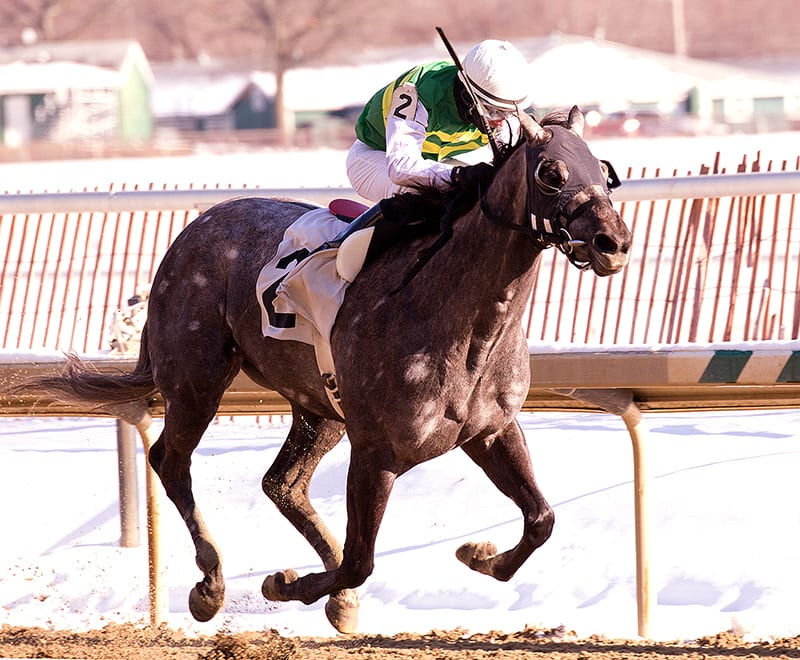 Odds-on favorite Gracer survived a spirited duel and came home the clear winner of the $100,000 Marshua Stakes for 3-year-old fillies, the second of four stakes at Laurel Park Saturday afternoon.

Owned by Three Chimney Racing Partnership & Team D and trained by Tony Dutrow, Gracer covered the six-furlong distance in 1:12.18 and won by three lengths. Longshot Jump Two, who was left at the gate at the start, rallied to take second while pacesetter Jonesin for Jerry drifted home after tiring from her duel with the winner and finished third.

“The race ran just as I expected,” Dutrow said. “The one (Jonesin For Jerry) came out running as we thought she would. I knew that we were the one to beat. She ran a strong race and I was happy to see her pull off strongly at the finish.”

Alex Cintron was aboard the winner, who had won the Blue Mountain Juvenile Fillies in her previous start and finished second in the Matron Stakes (G2) at Belmont Park in September.

“My horse was real relaxed,” Cintron said. “The other horse was more rank. I felt good right away when I was breaking because the other horse didn’t break too well and he had to use that horse a lot in the beginning. Tony was looking for a rider and he found me. He told me he was going to put me on some stakes horses. This is the first stakes I’ve ridden for him.”

The daughter of Exchange Rate paid $3.