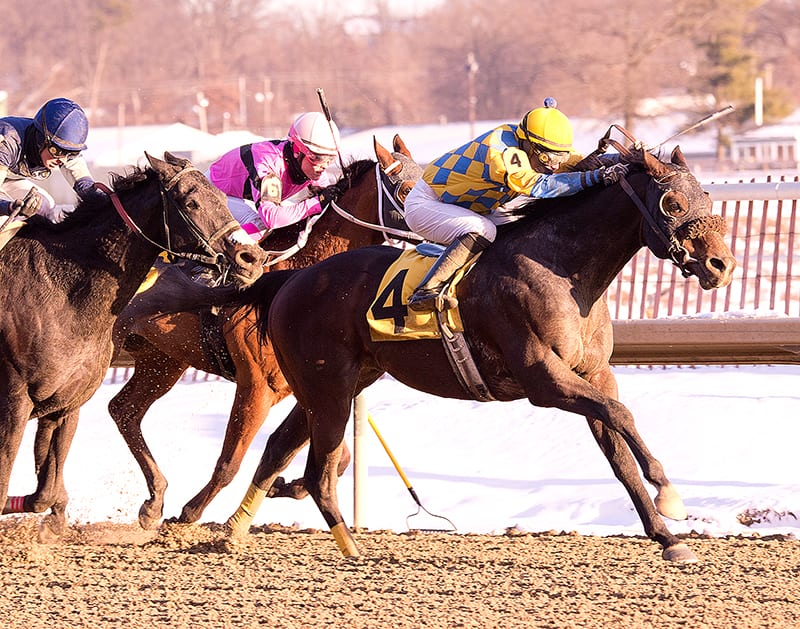 Fitzhugh LLC’s Broad Rule ran down the speed and captured the $100,000 Fire Plug Stakes for the second year in a row. The Fire Plug was the last of four stakes races at Laurel Park Saturday afternoon.

Forest Boyce was at the controls aboard the Dickie Small trainee for the 33rd time in 34 career starts.

“It worked out because the speed kind of blew the turn and it kind of opened up for us,” said Boyce. “If you really have a good enough horse you’ll get there one way or another. He flattened out a little bit in the middle but then picked it up and the last eighth.”

Just as last year, Broad Rule was overlooked in the wagering and paid $26.80. The late run was good enough to stave off Service for Ten, who finished ¾’s of a length behind in second, and Warrioroftheroses, who finished third.

“This field was very competitive and we were fortunate that Strapping Groom (the 6-5 morning line favorite) scratched,” said Small’s assistant Dylan Smith. “I knew he would run big and I was hoping for at least third. I would have been thrilled with that but he surprised us. He is very hard to place because he has run through all his conditions. He’s a real nice horse but he’s always in a tough field. He’s just a tick below great, so he always ends up running against graded stakes horses. He’s been so good to us. He’s the king of the barn.”

The 6-year-old improved to seven-of-34 lifetime with earnings of $384,215. The son of Dixie Union has finished in the money 21 times during his career.