She’s Ordained rallies to take Willa on the Move 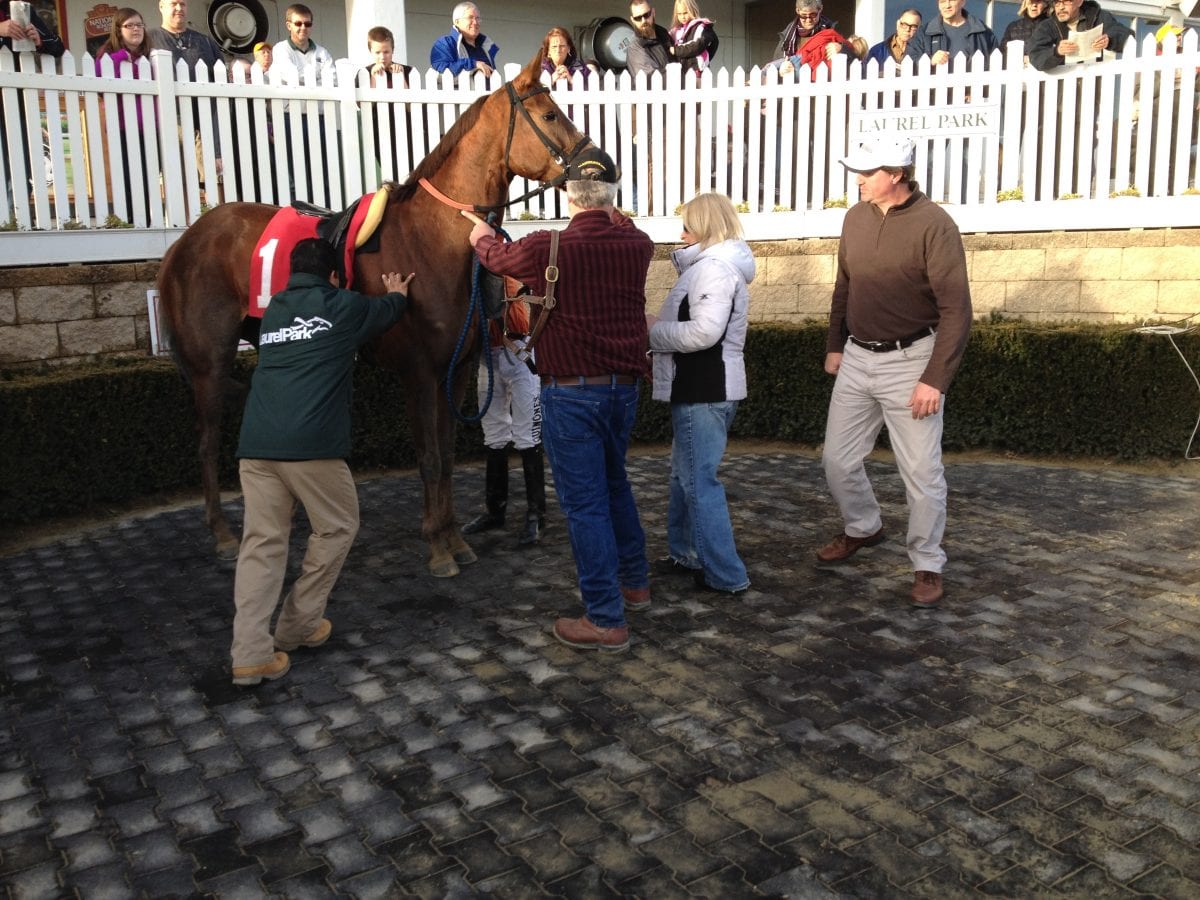 Ronald Ulrich’s She’s Ordained made amends for a poor break in her most recent start when she left the gate cleanly and then took the short way home in the $100,000 Willa On The Move Stakes, the co-feature this afternoon at Laurel Park.

Using the rail to his best advantage, Angel Quinones guided the daughter of Minister’s Wild Cat to a ¾ of a length victory in 1:10.58 for the six furlong distance.  She came up the fence to edge frontrunner Five Star Momma as the two closed in on the finish line. Lady Sabelia finished third.

Tim Kreiser trains She’s Ordained at Penn National. The 4-year-old filly broke in the air in her most recent start, the Lady In Waiting Stakes, and had to settle for second. Today she turned the tables on Five Star Momma, who beat her by a neck in the Lady In Waiting.

The Willa On The Move was the filly’s eighth victory in fifteen starts this year.  She paid $8.40.

“This is the first time I rode her since the first race after she was claimed,” said Quinones. “Tim told me to keep her quiet and keep her relaxed. She was really rank at the gate last time, then didn’t break well. He thought if she broke well today we had a good chance to win. Everything went perfect. She broke very well. She was very easy to rate down the backstretch. I had a lot of horse. We just kept coming a little closer to the five and she just wore her down.”

“Coming in we thought Five Star Momma was the one to beat,” said Kreiser. “In her last race she broke bad but we knew if she got a good start she would have a great chance to win. She has been close in several stakes and today we thought it would be her day. She’s feisty and she fought back. We claimed her for $7,500 and now we plan to run her back in the What A Summer Stakes at the end of January.”