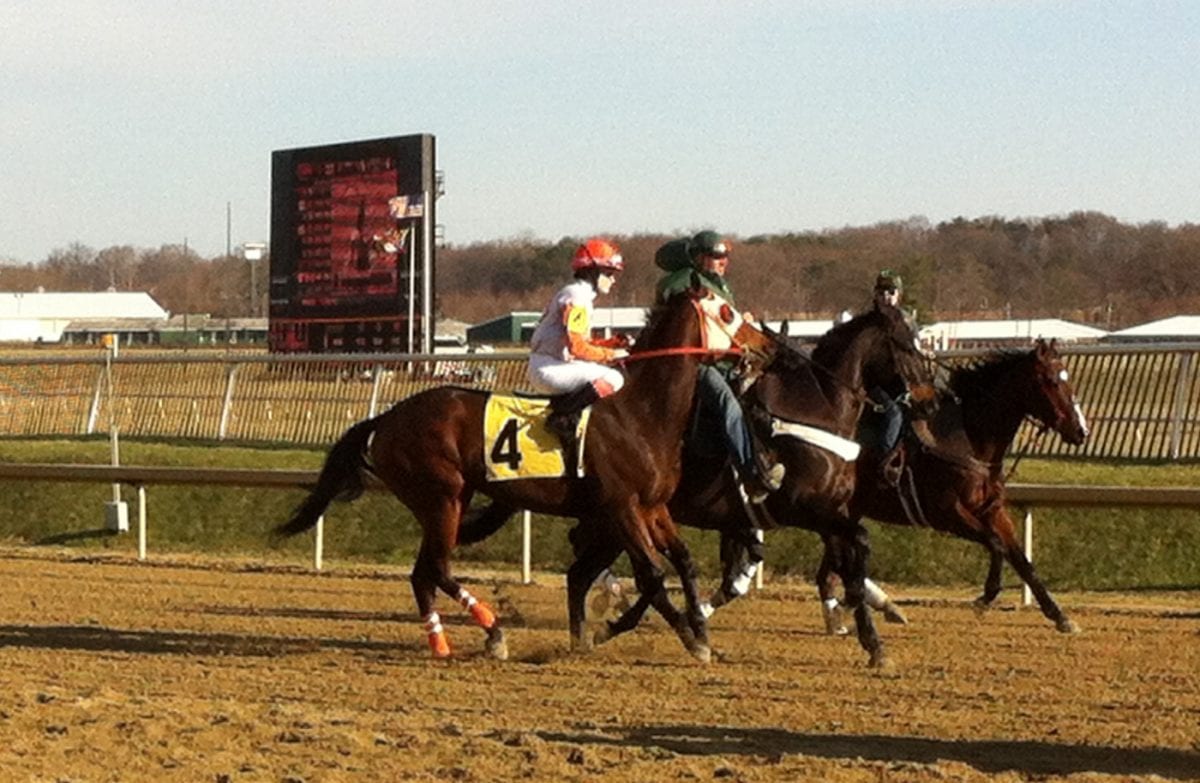 
We raised several questions on Friday for the weekend’s mid-Atlantic racing to answer.  Specifically:

(Featured image is of Bens Kin, a three year-old filly by Dance With Ravens who is a half-sister to stakes star Ben’s Cat.  She made her career debut at Laurel on Saturday, finishing sixth of nine in maiden race.  She’s bred, owned, and trained by King Leatherbury.)