The 2013 Preakness was notable not just because Oxbow upset heavily favored Kentucky Derby champ Orb but also because it marked the return to national prominence of two of racing’s royalty: the nearly 80 year-old trainer D. Wayne Lukas, whose career had seemingly been left for dead a few years back, and the 50 year-old jockey Gary Stevens, whose career had actually been left for dead — he’d retired.  Back in the irons, he milked the early speed of Oxbow for all it was worth and strolled home to an easy win.

Laurie Asseo caught a couple of great shots of Stevens, with his game face on, and exulting… 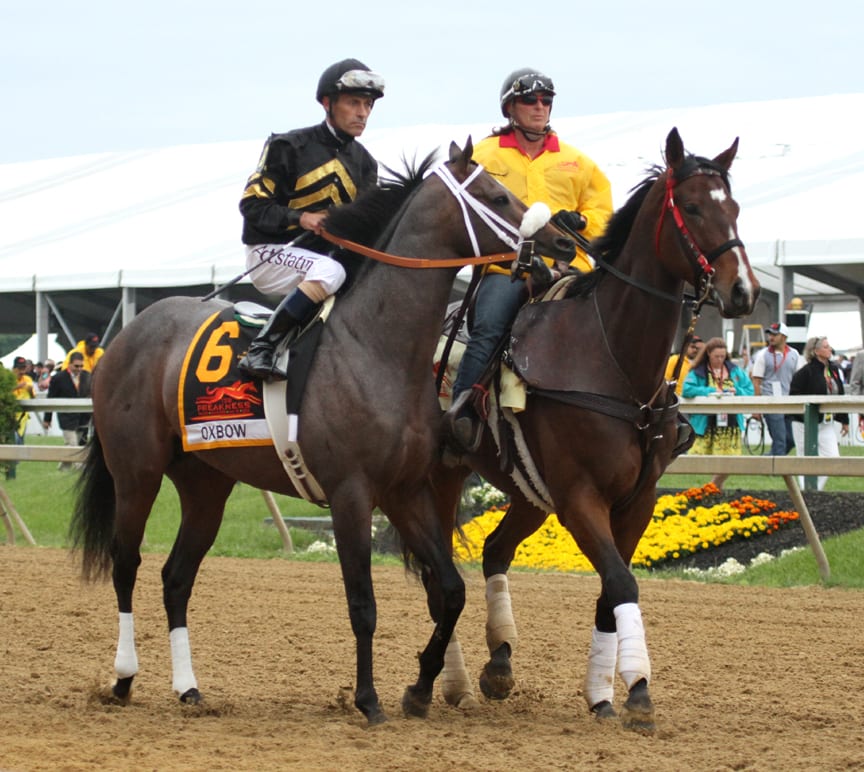 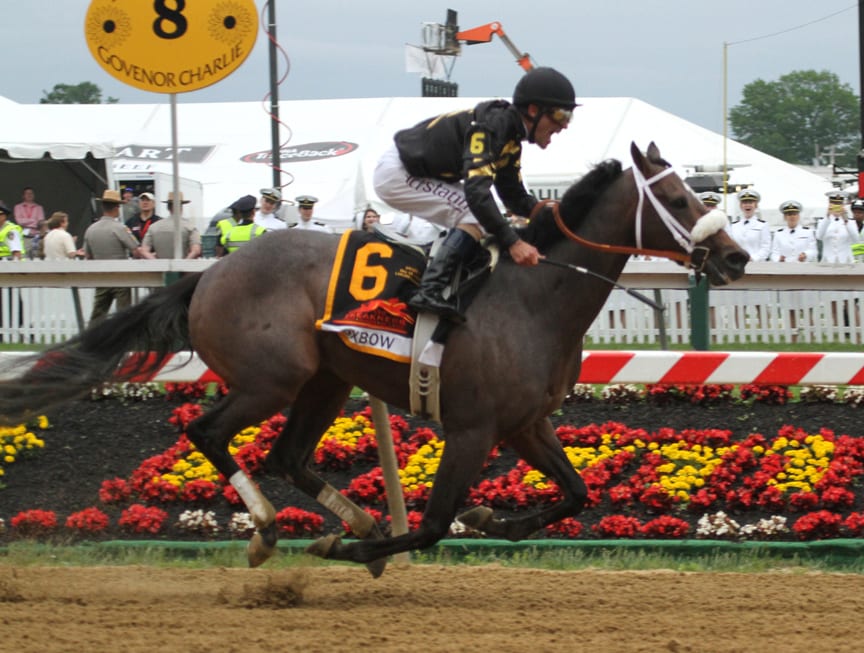 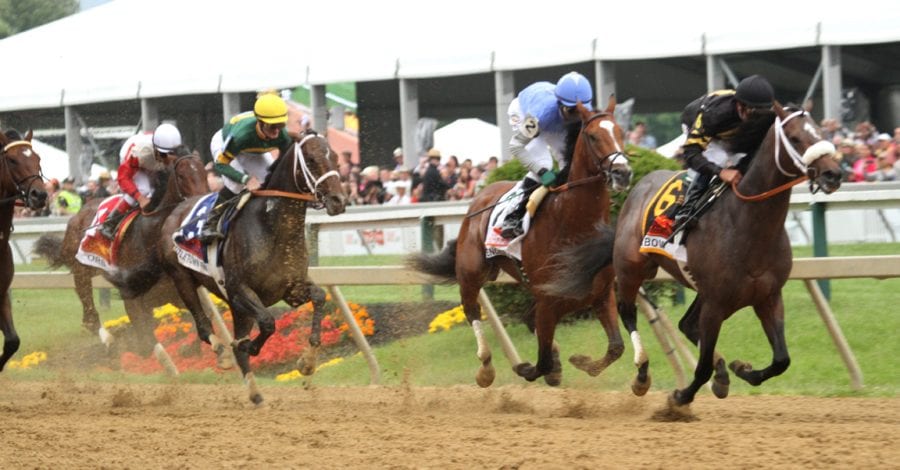