In the end, a “good, solid market” 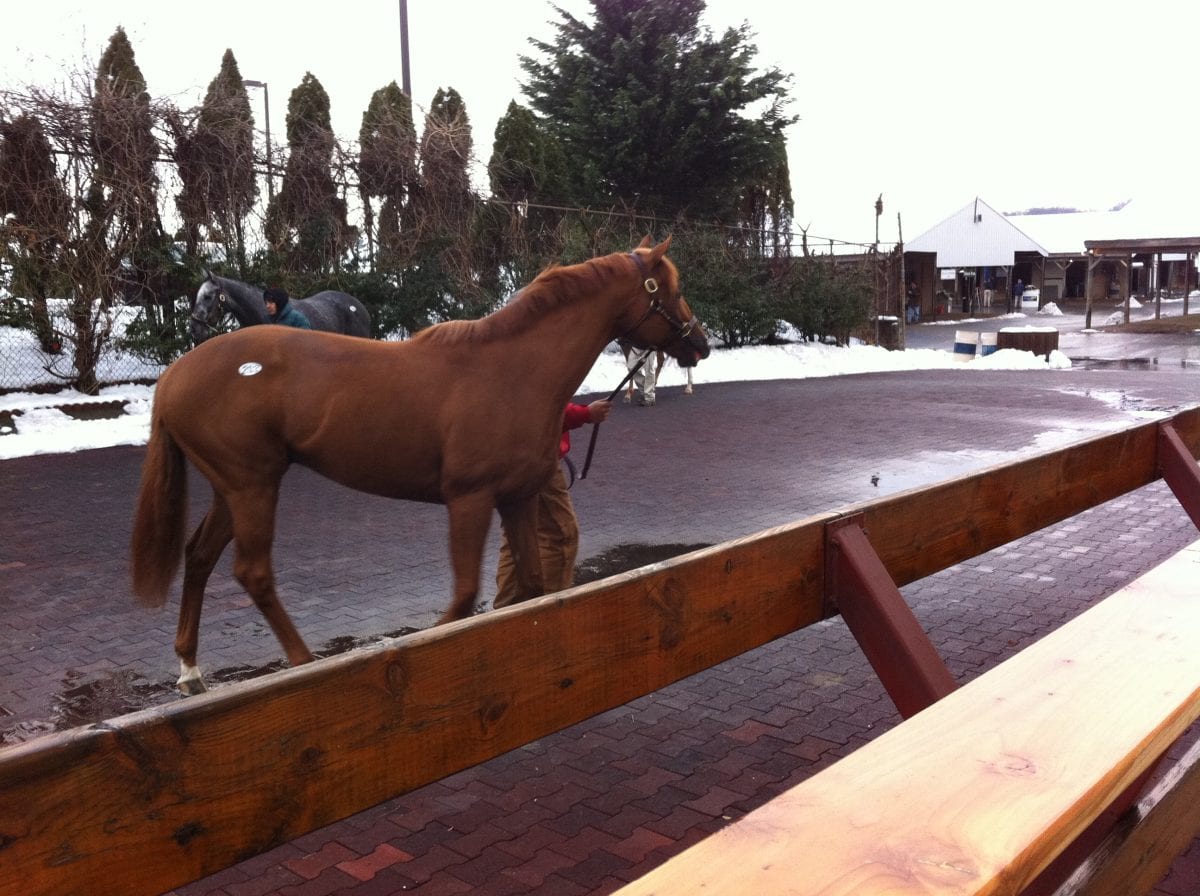 Except, a moment later, after convincing his reluctant father, on whose behalf he was bidding (as Highclere Inc.), to fire one last volley, he was back in, at $92,000. 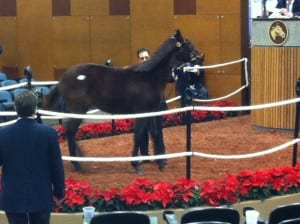 That proved to be enough to take home Hip 206, a New York-bred weanling colt by red hot sire Kitten’s Joy and out of a strong female family.

And it effectively encapsulated a Fasig-Tipton mixed sale in which things rarely turned out to be what what they might have seemed.

Earlier, as I’d pulled up to the sales pavilion in Timonium for the sale, I thought to myself that the parking lot was unusually crowded.

Immediately thereafter, one buyer told me there were bargains to be had because, he growled, “No one’s here today.”

From there, I went to one of the computers at the rear of the building to see what the numbers said: up about 25 percent at that juncture, ultimately en route to being up nearly 40 percent on average.

Which just shows, perhaps, that where you stand depends on where you sit.  And if, say, you consigned sale-topper Mystic Love (sale price: $100,000) or that Kitten’s Joy colt, the sale looked pretty good. In fact, five horses sold for more than $50,000, and a sixth received a high bid of $55,000, which did not meet its reserve.

“I judge a sale by how the top horses do,” said Mike Pons of Country Life Farm, which sold a couple early in the day.  And by that measure, business was brisk: the five $50,000+ sellers represented a big jump from just one in 2012.

If, on the other hand, you consigned one of the 13 horses that received no bid, the sale was a little less exciting.

“You’ve still got to have the horse,” said Maryland Horse Breeders Association executive director Cricket Goodall.  In other words, undesirable horses won’t bring much, no matter how racy the market.

After the remarkable successes of some of the industry’s higher profile sales in recent months, it’s possible that some people’s expectations for this one may have outrun reality.  By any measure, a sale in which the gross is up by 30 percent, the average by 38 percent, and the buyback rate declines is a big success.

Of course, because Monday’s was a mixed sale, there will be both plenty of chicken — and plenty of feathers, in the form of mediocre racers whose owners have run out of patience with them, broodmares whose seven offspring include one winner, and the like.  And that means there will be plenty of people with reason to gripe.

All in all, though, spirits seemed bright around the pavilion.  Indeed, at one point, the auctioneer had to hush the increasingly rambunctious crowd. 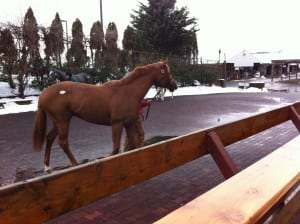 “The horses that were supposed to sell well have sold well,” observed Goodall as the day neared its end.

Paget Bennett, sales director of Fasig-Tiptons Midlantic office, concurred.  “I was pleased,” she said.  “It was all good.”

And finally, with Hip 206, one last hurrah: vigorous bidding leading to the second-highest sale of the day.  Morris, the buyer, called the colt “a nice horse with room to improve” and the price he paid to buy him “fair.”

As the sale wound down behind him, Morris, all smiles, finally struck the note you’d expect to hear from a sale with across-the-board gains.  “It’s a good, solid, honest market,” he said.