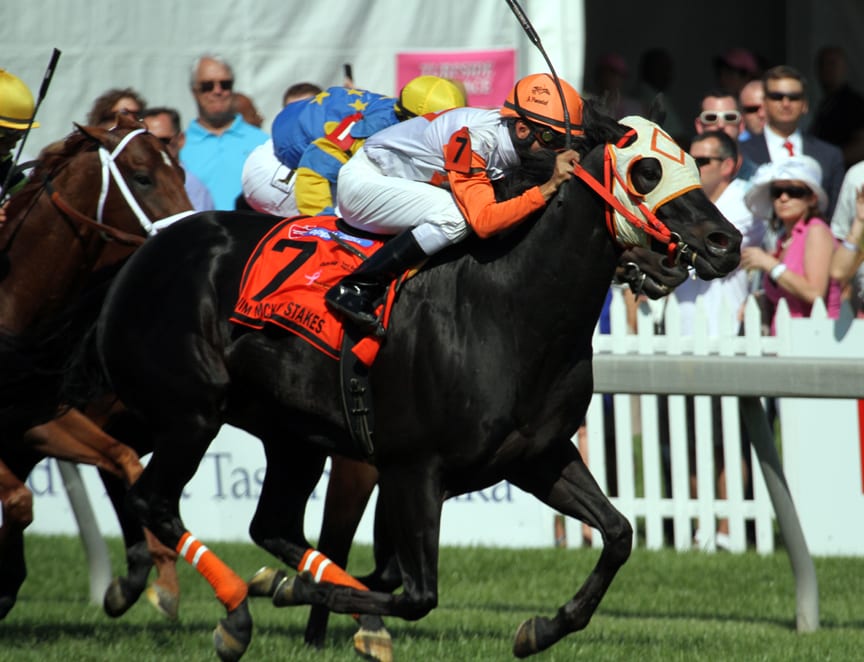 Penn National hosts one of the biggest nights of racing of its year tonight, with four stakes on tap.  The card is highlighted by the second running of the Fabulous Strike Handicap, six furlongs on the dirt for three year-olds and up.  Here are four questions for the evening’s card: