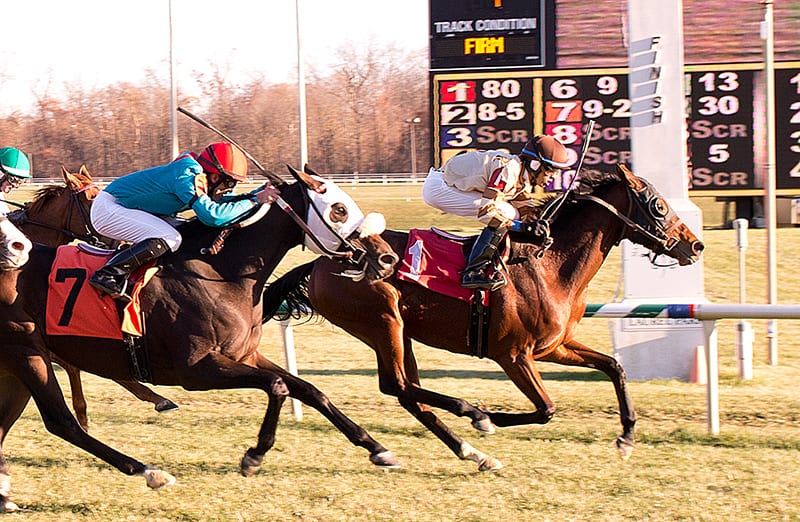 With six weeks remaining in the year, apprentice rider Victor Carrasco continues to make a late push for an Eclipse Award.

Carrasco ranks second in North America among bug riders with 175 victories, just four behind south Florida-based Edgard Zayas and is a good bet to be one of the three finalists for the Eclipse Award. After arriving in Maryland from Florida in April, he tied for second in the Pimlico standings and then finished as the runner-up at the Delaware Park meet.

“I am working hard for the Eclipse,” Carrasco said.

In the seventh race, Carrasco guided Olympic Medallist to a front-running score at odds of 86-1. The daughter of Medallist had finished on the board just once in five previous starts. The duo led from start-to-finish and held off Quintile to win by a neck.

“I just tried to put her out front to see what would happen,” added Carrasco. “It worked. She was waiting for the horses to come at her and had enough left.”