Bobby Zen: Looking for stars among the juvenile set 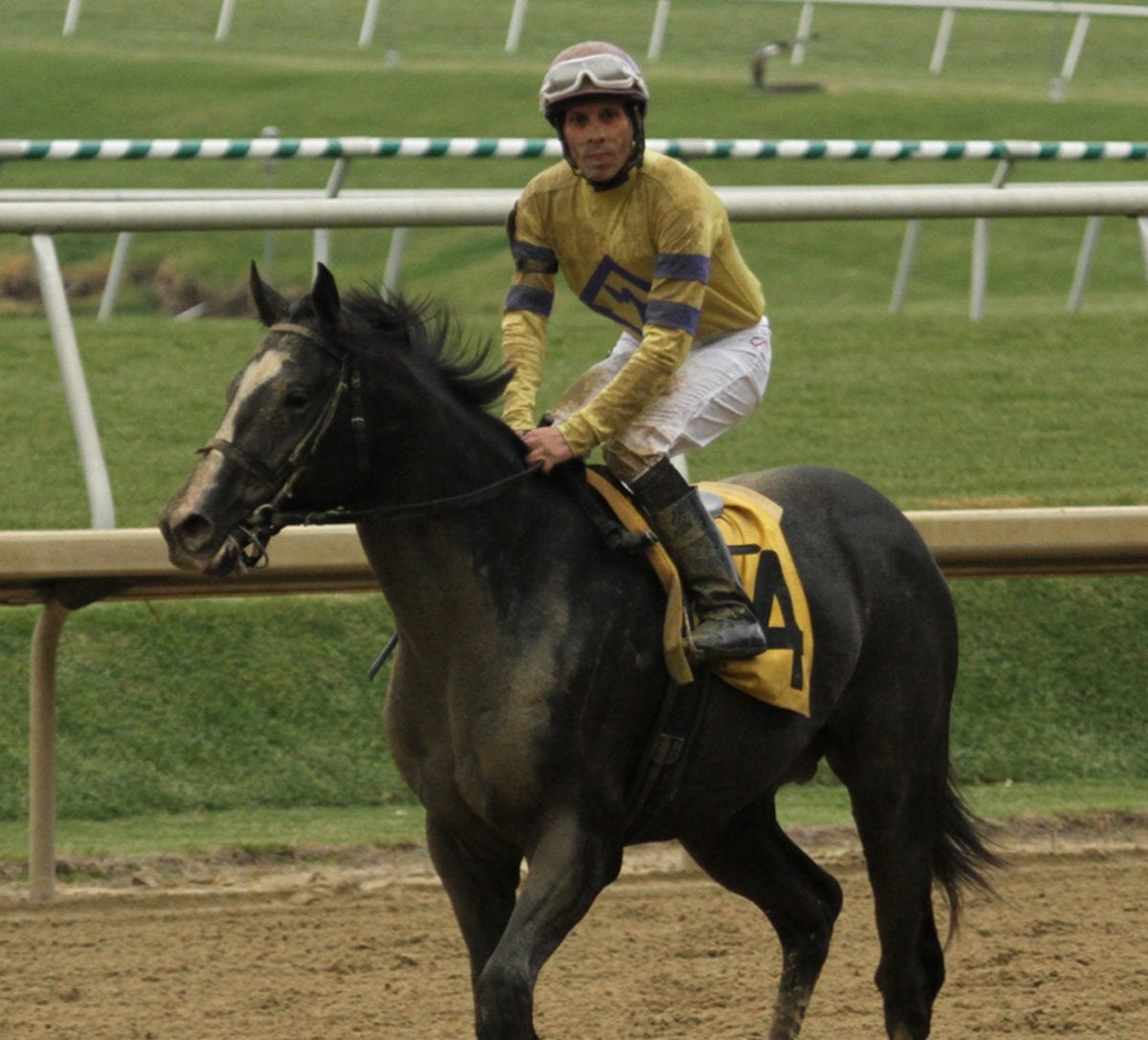 Laurel Park had a strong card slated on Saturday, November 16. Not only did they have the annual Bourbon and Brew festival, but they also had nine solid races, including four $100,000 stakes races.

My goal as I approached the day: to see if the pair of two year-old stakes races included any horses to watch down the road.

The first three races on the dirt were won by front running types, which went a little against the grain as to how this track has been playing so far in this meet.  On the other hand, one of those was the first stakes race, the Jennings Handicap for Maryland-breds, which featured Eighttofasttocatch, who is a notorious speedball running at his favorite distance and track.  On top of that, nobody went with him, so it ended up being a $60,000 workout.  Asked later if it was an “easy race,” trainer Tim Keefe hesitated.  “I don’t ever want to sound too overconfident,” he said, “but… you know, it was a nice race for him.”

Nice, but not sure it tells us much about how the track is playing.

So, we come to race 6, the Smart Halo Stakes, for two year-old fillies, with a purse of $100,000. This is a very strong field that includes several stakes winners; six of the seven runners had won either their last race or last two races. All seven entrants had shown the capability to run on the early lead in this 6 furlong contest, though a couple of throw-outs appear, on speed ratings, to be too slow.

Co Cola goes off the even money favorite, having won her only start in wire to wire fashion. This was a solid MSW at Belmont on October 6, where she was bet down to less than even money. The other favorite in this race is Who’s In Town, coming off a 4th place finish in a Grade 1 at Keeneland, which is an artificial surface. Prior to that race she won the Grade 2 Adirondack but was subsequently disqualified to 4th for coming in on a foe.

Third choice in the betting, and sort of overlooked at almost 7-1, is Bacopa Breeze.  Her first two starts, on Presque Isle’s synthetic surface, were very average. Switched to the conventional dirt at Mountaineer, she cruised to two wins by a combined 19 1/2 lengths, while improving her speed rating each time.

For all that, once the gates open for the Smart Halo, both of the favorites blow the break, allowing Bacopa Breeze and Hop The Six to vie for the lead the first quarter.  Bacopa speeds away from all her rivals at the top of the stretch and holds off Co Cola by 3/4 of a length. Trainer Doug Cowans says she has not hit bottom yet, meaning there is more improvement to come.

In this event, Bacopa Breeze had it mostly her way and finished in a moderate 1:12 3/5, so I might disagree that she will continue to improve, but she goes on my watch list.

Two races later comes the James F. Lewis, III Stakes for two year-olds, again with a purse of $100,000.  Like the Smart Halo, this was another strong group.  The 11 horses include many stakes winners in the ranks and several contestants coming off wins in their last outing. This is another six furlong event that is loaded with early speed.  So far at the meet, outside posts have not been treated kindly (winning 8% vs. 23% inside posts). The crowd makes Corfu, breaking from the 11-hole, second farthest outside, a solid favorite off a win in August in the Grade 2 Saratoga Special and a good second last out in the Grade 2 Futurity. Once again, there are only a few throw-outs in the race from low speed ratings. 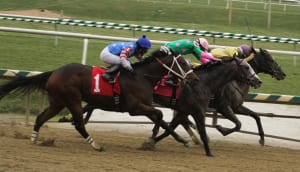 Jessethemarine, inside, rallies past Purse Sensation (between horses) and It’s a Bang (#1) to win the James F. Lewis, III Stakes. Photo by Laurie Asseo.

Unlike in the Smart Halo, the horses with early gas break well, and there is an early speed duel.  Pure Sensation #8, Its a Bang #1, and Corfu, from very wide, bang heads for the first quarter. Debt Ceiling #7, kicks in his bid at the half while four wide, and it looks like at least one of these four will go on. The fractions are solid at 22 2/5, 45 2/5 and 57 3/5, and speed has held on the dirt all day.

But then, long shot Jessethemarine #4, is suddenly picking up rivals very quickly in the stretch, finding openings and making solid progress while deep in the stretch. Jockey Daniel Centeno has him dive through an opening on the rail as he flies past Its a Bang, then Pure Sensation in the shadow of the wire to win at 35-1 odds. This was a very sharp race from a horse that won a $50,000 stakes at Delaware by DQ in his last out. He had solid works coming into this race, and has seen improving speed ratings in each of his 3 races, and the final time in this race was 1:10 3/5. This was just three-tenths of a second off the time of the hotly contested Dave’s Friend, for older boys, one race earlier and almost two seconds faster than the Smart Halo.

Trainer John Rigattierri said he was not surprised at the victory, and may in fact spot the horse in the seven-furlong Marylander Stakes back here next month. Jessethemarine definitely is a 2 year old on the rise, and I doubt we will get 35-1 in his next outing.