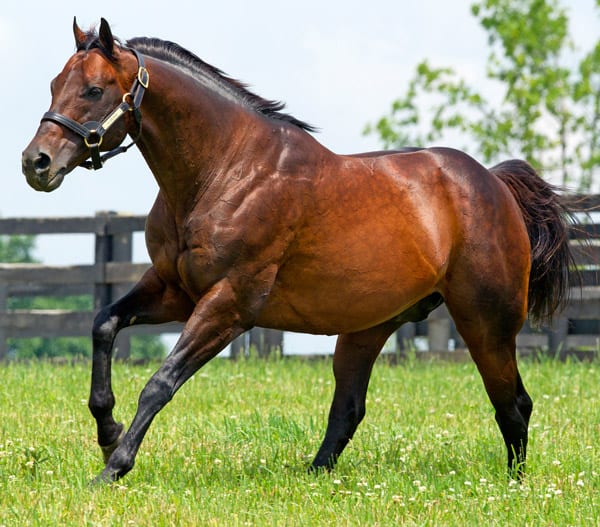 E Dubai, sire of 2012 Breeders’ Cup Classic-G1 winner Fort Larned and the leading active sire in the Mid-Atlantic region in 2013, has been moved from Northview PA to Northview Stallion Station in Chesapeake City, Md., for the 2014 season. He will stand for $5,000.

A son of incomparable sire of sires Mr. Prospector, 15-year-old E Dubai is a proven international stallion, siring 33 stakes winners, including Italian champion Once More Dubai, Grade 2 Godolphin Mile winner Skysurfers and Breeders’ Cup Turf Sprint hero Desert Code. His leading earner is the recently retired Fort Larned, who amassed $4,171,322 while winning 10 of 24 starts. In addition to his thrilling score in the Breeders’ Cup Classic, Fort Larned recorded Grade 1 wins in the Whitney and Stephen Foster Handicaps and set a track record at Gulfstream Park in winning the Grade 3 Skip Away Stakes among his seven stakes victories.

Out of $683,828-earner Words of War, a daughter of champion Lord At War (Arg), E Dubai is a half-brother to Grade 1 winner No Matter What, dam of European champion 2-year-old filly and millionaire Rainbow View, and is from the family of English champion RAVEN’S PASS, winner of the 2008 Breeders’ Cup Classic-G1 at Santa Anita.

A multiple graded stakes winner of $920,800 in 11 career starts, E Dubai captured the Dwyer Stakes-G2 at 3 and defeated champions Lido Palace (Chi) and Macho Uno in the Grade 2 Suburban Handicap at 4.