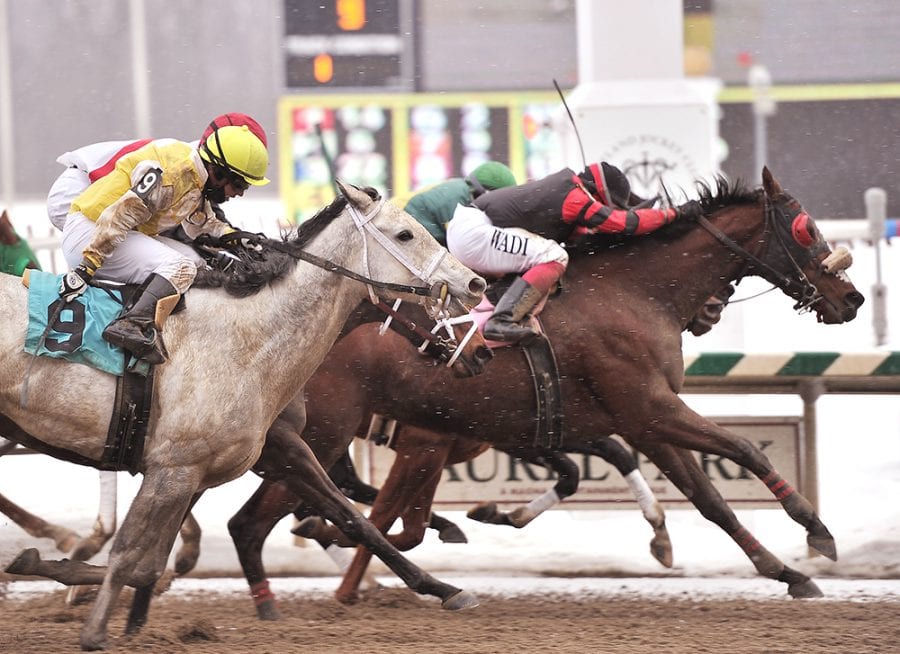 Noted breeder-owner William R. Harris passed away this morning at his home in Mineral, VA, according to trainer Chris Grove. He was 90 years old.

“He was always the biggest client in the barn,” Grove said. “In our heyday he owned 22 or 23 horses in our 50-stall barn at Bowie, so he got a lot of my attention. We talked on the phone just about every other day. I worked for him since 2000 but only saw him six or seven times but we talked on the phone religiously. He was really like a grandfather to me. He was a big supporter and had a lot of faith in me. I cannot say enough good things about Mr. Harris. He stuck with me through the good times and bad.”

“That would have been a great race for him to win because he was actually there,” added Grove. “He only came to five races in all those years. He went to Colonial twice and to Philadelphia (Park) to watch Deer Run. The last time he watched a race was when Sweet Goodbye won the Maryland Million Oaks (2008).”

Sweet Goodbye won eight stakes races during her 23-race career with her biggest victory in the 2010 Barbara Fritchie Handicap (G2) at Laurel Park.

“He was a big supporter of Maryland racing from Virginia,” added Grove. “He was the biggest client at Murmur Farm (in Harford County) and was really excited when they got Louis Quatorze. He did a lot of homework and was able to win with homebreds. We lost only one runner (via a claim) that did better after leaving us and he was very proud of that. That meant we got the most out of every horse and was more important than the money.”