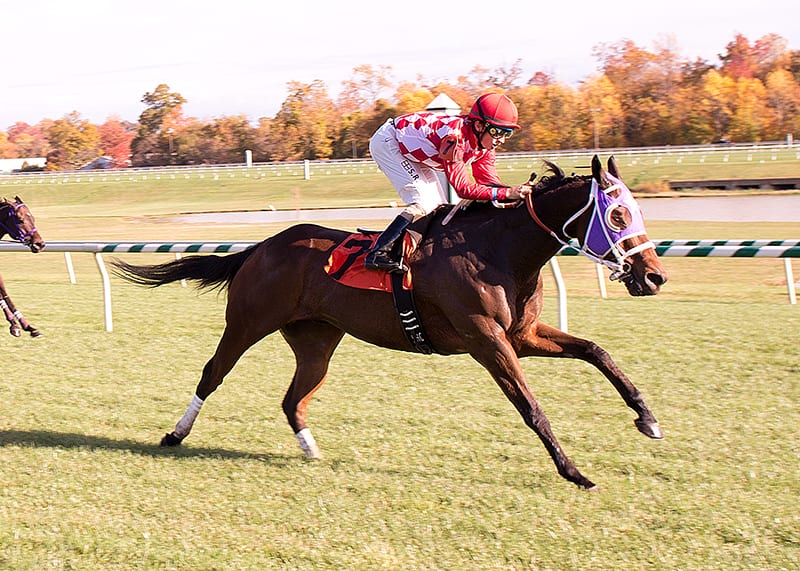 Euro Stable’s Super Chunky got a well-deserved break in class and proved to be much the best in today’s $55,000 allowance feature at Laurel Park. The 7-year old has seven in the money finishes in 17 stakes starts.

The son of Put It Back was put it a perfect position by jockey Sheldon Russell as Boltin’ Out and August Rush set solid fractions. Approaching the eighth pole, Russell swung Super Chunky wide and swept by the field to win by 2-1/2 lengths.

“He has been a horse we have loved since day one and it is nice not to have to hook a Ben’s Cat but they are hard to dodge when you are a turf sprinter,” winning trainer Kenny Cox said. “To get this race to go was a big deal and to stay on the turf today was a minor miracle because it was raining pretty hard this morning.”

The Laurel Park-based gelding has competed at 12 different tracks during his 39-race career, including a pair of graded races at Woodbine. He has faced Ben’s Cat, one of the country’s top turf sprinters, seven times in his previous 13 starts.

“He has stepped up and run some good races against some of the best horses in the country at big prices,” added Cox. “It was nice to finally get to run at home. Sheldon has always been a big believer in the horse. I left the ride up to him.”