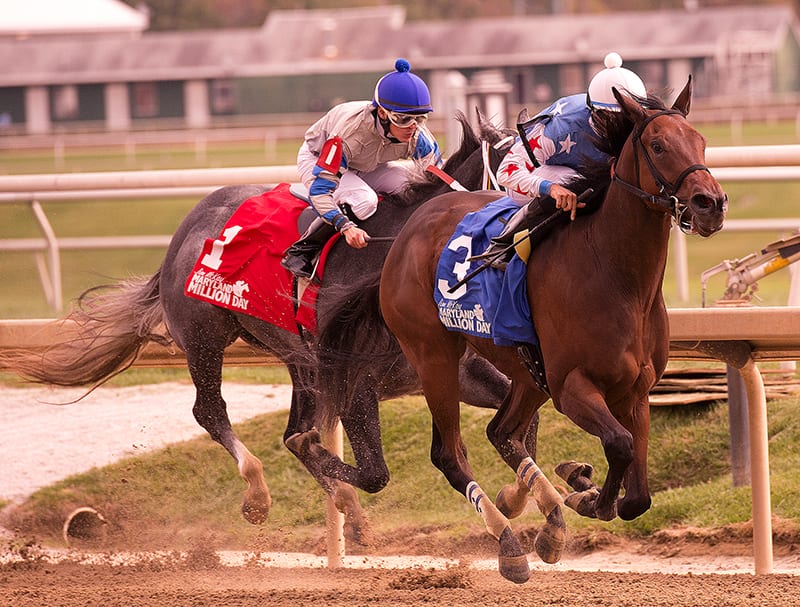 Walter Vieser II’s It’s a Bang won his debut race nine days ago. He returned today to win the $100,000 Maryland Million Nursery for 2-year olds, the first of eleven races on the Maryland Million day card at Laurel Park.

Richard Monterrey was aboard the son of Great Notion for trainer Donald Barr.

“Donald Barr and his staff really deserve a lot of credit for bringing this horse along after racing nine days ago,” said Monterrey. “He broke very sharp out of the gate and my job was to get him to relax and be as comfortable as possible. At the top of the stretch it was time to go. My horse drew away and I had plenty left at the finish.”

“I knew he would run well today. I thought the race would be between Jerry Robb’s horse (Joint Custody) and our horse,” Barr said. “I hope that it was a good race for the fans. It certainly was for us and I hope they liked it. This was good competition for him today. In his first race I wasn’t sure how he would run because he did not like the mud but I had to run him to have him ready for today’s race. All of us Maryland trainers want to win a race on Maryland Million day or Preakness day.”