Mezzano is much the best in Laurel Park feature 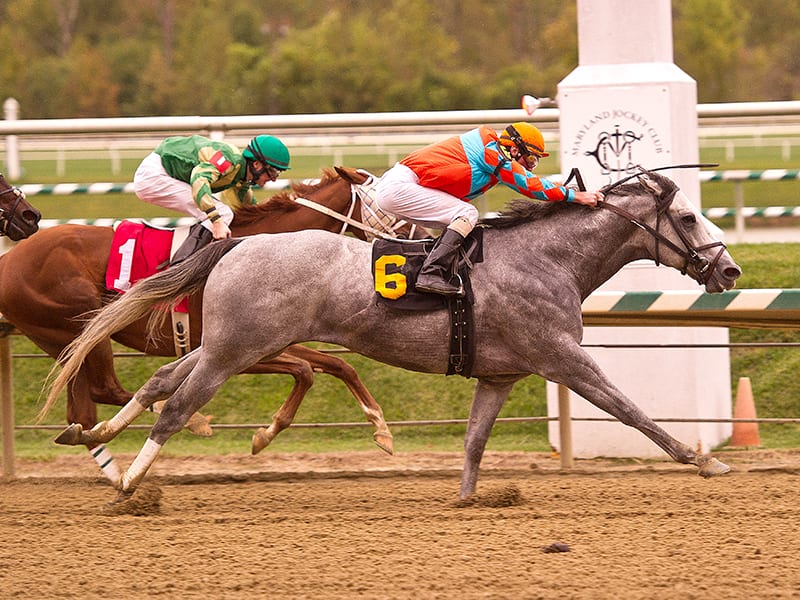 Richard Santulli’s Mezzano stumbled out of the gate and was bumped by a rival but proved much the best in today’s $47,000 allowance feature at Laurel Park. The son of Mizzen Mast was ridden by Stewart Elliott for trainer Alan Goldberg.

Mezzano was in the middle of the pack leaving the three-eighths pole but took command past the quarter-pole under urging by Elliott. The duo held off late charging A.P. Cino to win by a half-length. Speighter Man was another half-length back. The field also featured stakes winners Stephanoatsee (fourth place), Two T’s At Two B (fifth) and Dynamic Strike (last of seven).

“When he stumbled leaving the gate I thought we could be in trouble but he recovered quickly and we were right where we needed to be. He kicked on and did what he needed to do,” said Elliott, who has been aboard the 4-year-old colt in half of his 12 starts. “He is honest and gives you what he has every time. That’s all you can ask.”

Mezzano completed the one mile distance in 1:37.72 and paid $7.20. He has now finished first or second seven times and improved his career earnings to $181,440.