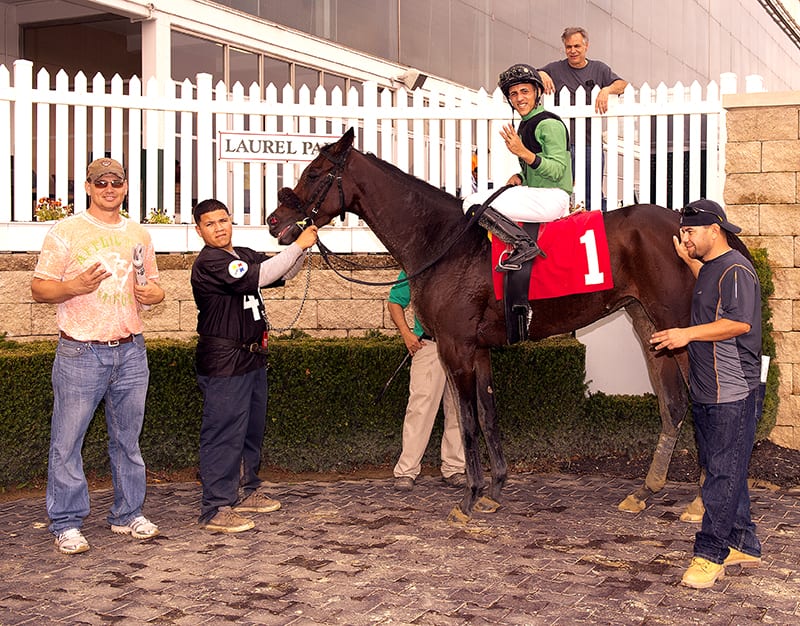 “We had live horses coming into today and got great trips. That’s when you win races,” said Ness, who sits atop the standings with six victories after the first nine days of the meet. “I just bought a house in Maryland and moved in this week. After Maryland signed the 10-year contract last year, Richard (Midwest Thoroughbred owner Richard Papiese) decided he wanted to concentrate our operation here. He is also thinking of breeding horses in the state.”

Toledo also won the opener aboard Dancing Feather ($10.60). The four-win afternoon matched his career-high set at Timonium on August 25.

“It was a great day,” Toledo said.

The 19-year old relocated to the mid-Atlantic from his native Puerto Rico this spring. His first domestic winner was on closing day of the Pimlico Race Course spring meet (June 8) with Peaceadaaction. He has been riding at Charles Town and Delaware Park.

“I used him all summer at Delaware,” added Ness. “He is a nice kid who sits good on a horse.”