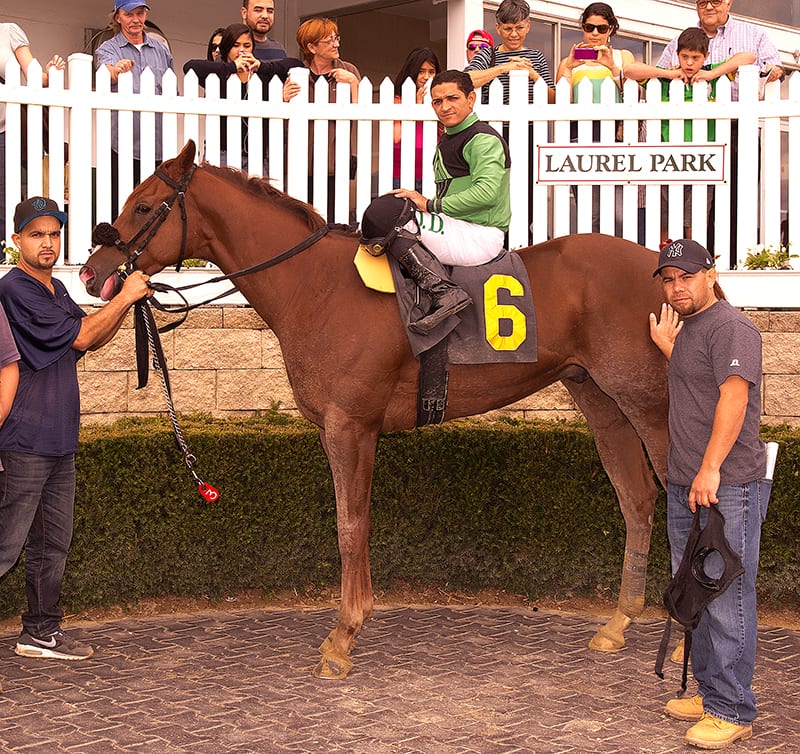 J.D. Acosta visited the winners’ circle for the 2,500th time in his career when he guided Haywired to victory in the second race at Laurel Park Saturday afternoon.

“When you ride day and night the wins add up,” Acosta said.

Acosta, who will turn 32 next Thursday, has been riding day (Maryland) and night (Charles Town) since arriving from Puerto Rico in April 2002.

“I have had a goal in mind since attending jockey school and that was to pass Cordero (Hall of Fame rider Angel Cordero, Jr.) in wins. I know it is crazy because he has more than 7,000 victories but if I continue to work a little harder, it could happen. I am planning to start riding seven days a week-here and at Parx-instead of riding at night. It should make me fresher. Winning this many races is quite an accomplishment because there are riders that have been around for 30 years and have not reached 1,000 so I thank God, my family and all the trainers for all the support. ”

Acosta added another win aboard Lulu Le’ Mon in the fifth race before heading to Charles Town where he had five mounts. He will ride at Parx Monday and Tuesday before returning to Laurel Wednesday afternoon.