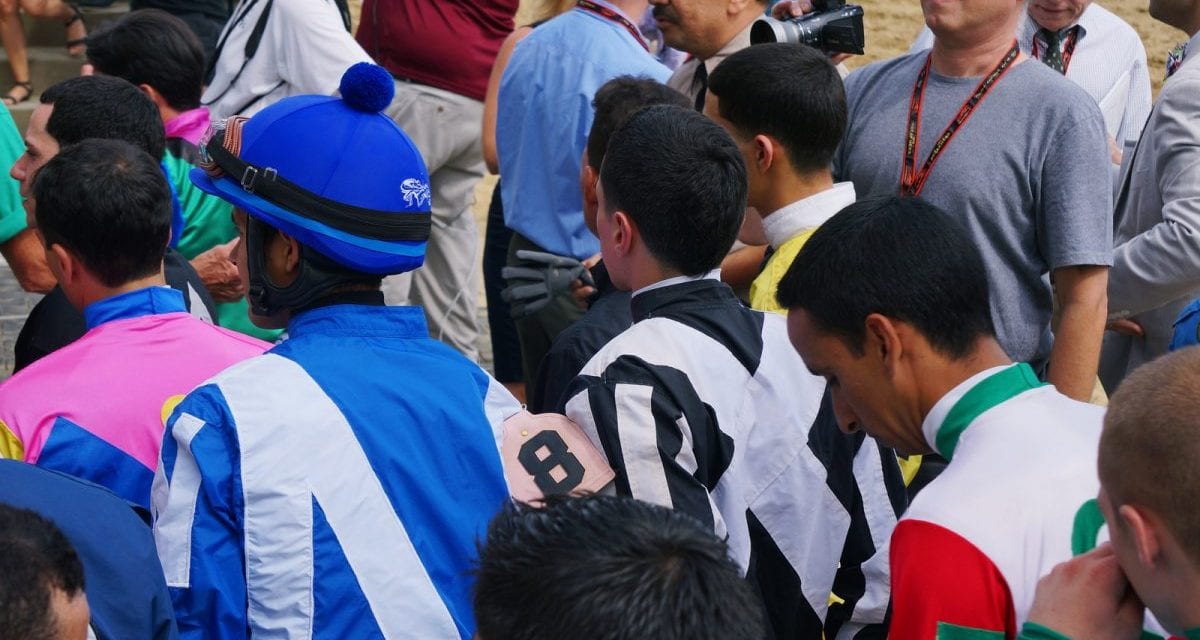 The International Conference on the Health, Safety, and Welfare of Jockeys lived up to its name at Monmouth Park on September 13 and 14, with representatives from South America, England, Ireland, Australia, France, and Germany.

And a few people from the United States — but only a few — showed up, too.

“I don’t understand it,” said John Wayne, executive director of the Delaware Racing Commission. “We were the only state that was there.”

Though industry organizations such as The Jockey Club and the Jockeys Guild sent representatives, no one from a state racing commission other than Delaware was present.

“We came last year, too,” said Wayne by phone from his office at Delaware Park. “I thought that what we learned was so worthwhile, and it gave us ideas and initiatives to improve what we’re doing now.”

Over the two days of the conference, researchers, doctors, and executives presented on issues including nutrition programs for apprentice jockeys, research into concussions, and improvements in safety equipment.

“That was something,” said Wayne. “We learned a lot about how body temperature has a lot to do with injuries. That was very informative to us.”

Wayne came away from last year’s conference with the realization that protocols for riding accidents should be similar to those for motorcycle accidents, so he and other representatives from Delaware Park went to their local hospital to meet with medical personnel.

“We brought film with us that showed the extent of what happens in our industry,” he explained. “We told them we’d get them DVDs of accidents so that the medical staff can review them so that they can see what actually happened to the jockeys they’re treating. We can get films over there within an hour of the accident.”

Also impressive, said Wayne, was the work at Oaksey House, a rehabilitation center for injured jockeys in Lambourn, England.

“That was excellent,” he said.

He praised the work of Denis Egan, the chief executive of the Irish Turf Club (the regulatory body for horseracing in Ireland) and the conference chairman, in putting together the program.

“I think we can all learn from one another,” he said. “I was particularly impressed that The Jockey Club was there, and Guild representatives. One of the doctors from Monmouth was there, and our jockeys’ association and Professor Snider from the University of Delaware.”

Snider is a professor and food safety and nutrition specialist in the department of animal and food sciences at the University, and she has worked for several years with Delaware Park on nutrition programs.

“We did a nutrition seminar the week before [the conference],” said Wayne. “We do one every year, to try to give jockeys awareness about making healthy choices. Don’t eat that doughnut, don’t drink that power drink filled with carbohydrates and empty calories.

“We trying to have better choices in the jockeys’ room, but habits learned [by jockeys] over a lifetime are hard to change.”

Wayne also expressed interest in the presentations about upgrading helmets and other safety equipment, noting that Delaware Park will periodically confiscate vests in use at the track.

“There are a couple [that I see people wearing] that I wouldn’t go fly-fishing in,” he said. “The hook would go through it.”

Given Wayne’s enthusiasm, it’s a shame that more U.S.-based regulators didn’t attend in 2012 or 2013, when the conference was held at Monmouth Park. Their next opportunity will be in 2015, when it will take place in Hong Kong, and there was talk of smaller, regional meetings to encourage more people to attend, which, based on Wayne’s comments, would seem to be a good thing for the industry here.