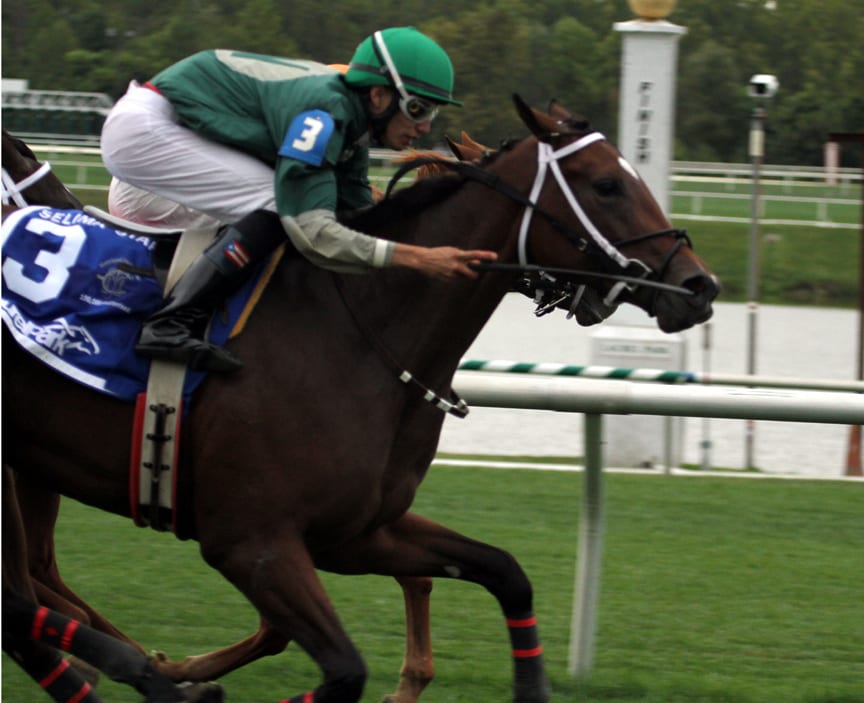 David & Margaret Wimer’s Aibhilin threaded her way through traffic and was up in time to win the $100,000 Selima Stakes for 2-year old fillies at Laurel Park.

Ridden by Edwin Rivera and trained by Cal Lynch, Aibhilin caught post time favorite Hot Squeeze in the last jump to win by a nose in 1:02.25 for the 5-1/2 furlong distance over the firm turf. Pure Lady Like took third.

Aibhilin, a daughter of Sky Mesa, had finished third and fourth respectively in her two previous starts, the Colleen and the Sorority Stakes at Monmouth Park. This was her first stakes score and she provided the 500th career victory for trainer Lynch.

“My filly broke good and I was always in good position,” said Rivera, who has ridden four winners at Laurel Park this week. “At the quarter pole I thought that I could win it if I could just stay off of the leader’s shoulder. My owner and trainer will be very happy with this little girl after today’s race. She gave it her all.”