Racing returns to Laurel Park with a new track record 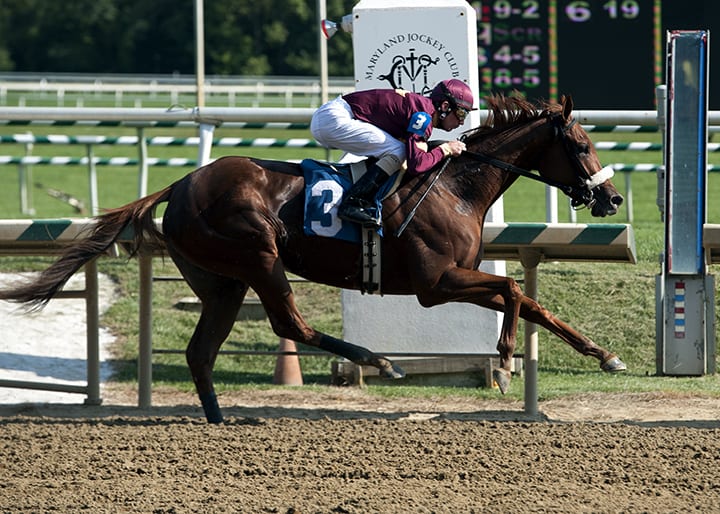 Russell still on the mend from surgery; Napravnik returns to Laurel on Saturday 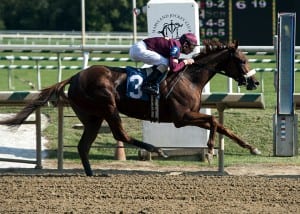 After a 14-week break, live racing returned to the major Maryland tracks with the opening of the Laurel Park fall meeting — with a bang.

In the sixth race, impressive 3-year-old filly Sheer Drama set a track record at the about 1-1/16 mile distance, stopping the clock in 1:41.79, .34 seconds faster than Encaustic ran at the distance in March 2010. The Tony Dutrow trainee has now won two straight. She broke her maiden at Saratoga last month in her third career start.

Sheer Drama wasn’t the only one happy to be back in Maryland.

“It is good to be back home,” said Laurel Park-based trainer John Salzman, Sr. “It is a whole lot easier and much more relaxed racing here instead of shipping out of town.”

Salzman saddled Clapping to a score in the third race. The daughter of Congrats cruised to an early lead and held on to beat Looksgoodfromhere and six other 2-year-old fillies.

“She should get better,” added Salzman. “Her mother (Take the Rate) ran long and she is by a pretty good stud.”

Racing will take place four days a week through December 31 on a Wednesday through Saturday schedule, holidays excluded.

RUSSELL STILL ON THE MEND FROM SUMMER SURGERY

When he had surgery in mid-July to repair a torn bicep tendon in his left arm, Sheldon Russell had hoped to be back for the start of the Laurel Park fall meet. But after a setback over the weekend, the leading rider at the Pimlico spring meet is still on the disabled list as the stand opened.

“I was right on track, doing therapy and seeing a personal trainer every other day,” Russell said. “Last week I started galloping and working horses. I worked five at Laurel Saturday and another at Fair Hill Sunday but Monday something didn’t feel right. Maybe I did a little too much, too soon. I see the doctor tomorrow to make sure everything is still going in the right direction. Maybe I pushed myself a little bit too much Saturday morning. Hopefully I just need a little bit more time.”

Russell, who turned 26 last month, has battled injuries frequently during his career that began in the fall of 2007. He has 821 career victories, including 505 at Laurel and Pimlico.

The card has attracted some of the nation’s top jockeys, including Rosie Napravnik, who returns to the state where she got her start as a 17-year-old in 2005.

The 25-year-old phenom currently ranks sixth in North America in wins (201) and is fifth in earnings ($10.3 million). She has mounts in all seven stakes races.

“Even though it is not graded, the De Francis is still a big race. It was the first Grade 1 race I ever rode in as an apprentice (Attila’s Storm in 2006),” said Napravnik, who has four Laurel Park riding titles on her resume. “I have been to so many places since but it is always great to come back and I am coming back on a live horse. If we could have a big day, it would be awesome. I love riding that turf course. It is really exciting that Maryland is having such a big day. The racing industry there is going in the right direction in the last year or so and it is good to see.”

Another former Maryland riding star, Ramon Dominguez, will also be at Laurel Saturday. The Eclipse Award-winner, who retired in June due to the severity of injuries sustained in a spill at Aqueduct in January, will be saluted with a winners’ circle presentation after the second race. The Maryland Jockey Club will make a donation to the Permanently Disabled Jockeys Fund (PDJF) in his name. Dominguez will then conduct an autograph session from 2-3 p.m. The Venezuela native arrived in Maryland in 2000 and won 1,012 races at the major Maryland tracks over the next five years, including 297 victories in 2001. In 2003, he earned his first Grade 1 score when he guided A Huevo to victory in the Frank J. De Francis Memorial Dash.