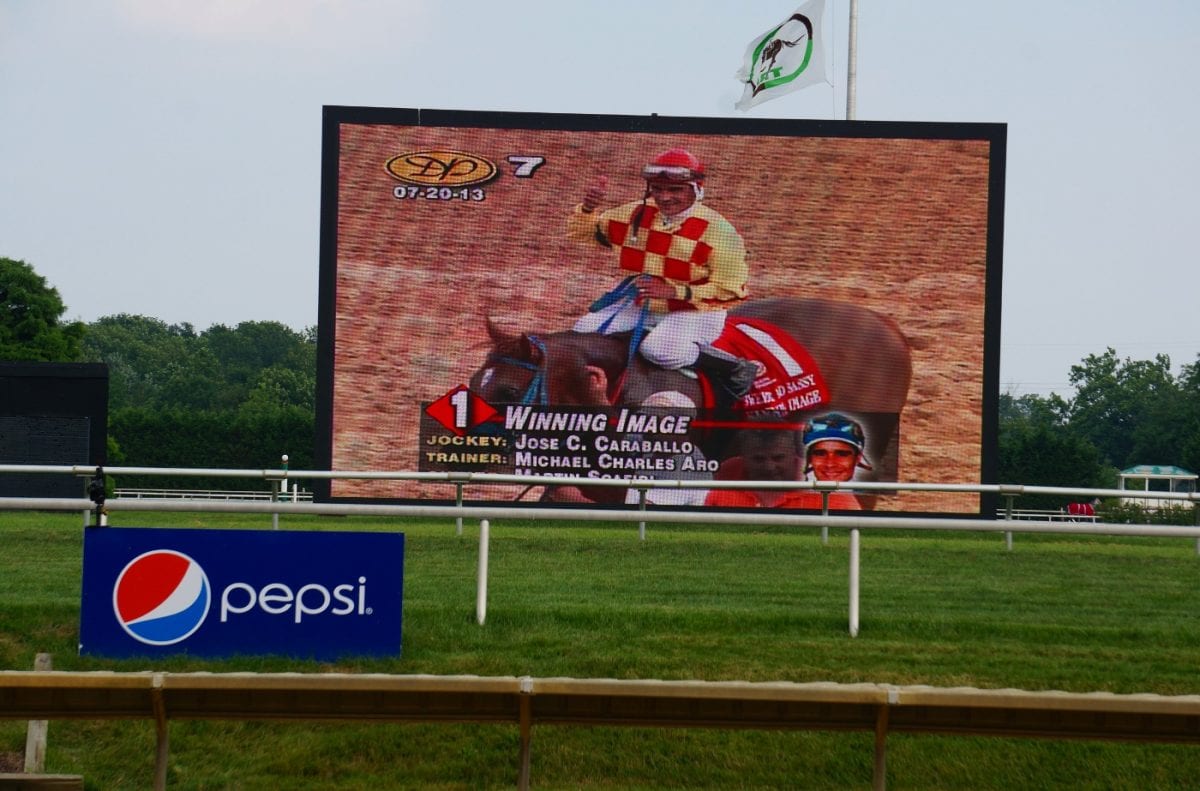 For Winning Image, Saturday’s Sweet and Sassy Stakes at Delaware Park was about beginnings.  And when she broke alertly and shot to the early lead, where she loves to be, the result — a length-and-a-half victory for the six year-old daughter of Southern Image out of the Apollo mare Harvest Girl — was virtually a done deal.

The win marked her fourth consecutive stakes victory, third this year, and the 11th win in a career that has seen her earn north of $500,000. 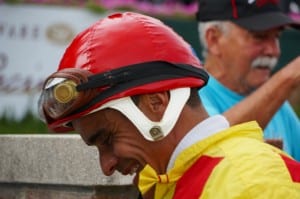 Yet it wasn’t beginnings that were on her connections’ minds after the race; it was endings.

“I’m gonna be sorry when she stops running,” owner Martin Scafidi said in the winner’s circle after the pictures and presentations were over.

Trainer Michael Aro, who showed speed similar to that of his equine charge in bolting away from the festivities to tend to his victorious horse, echoed the sentiment.  “The day she goes in the sale, I’m going to be a little bit sick,” he said.

And with good reason.

For Scafidi, who said he’s owned horses since the 1980s, Winning Image is “the best by far that I’ve ever owned.”  And these days, she’s the only one he owns.

Aro, who has trained since the late 1970s, according to Equibase, has a 14-horse stable at Parx.  The group has won a total of six races this year — three by Winning Image, who has accounted for more than 40 percent of his barn’s winnings in 2012 and 2013.  He can’t remember training a better horse than this one, who is, he says, “really exceptional.”

That’s been the case virtually from day one.

Scafidi bought the horse from Steve Cauthen.  “I asked him if he had anything for sale he thought would fit at Suffolk,” Scafidi said of the East Boston facility that is his home track.

What Cauthen had was Winning Image, who, it turned out, didn’t fit at Suffolk Downs very well at all; she was too good.  After winning all four of her Suffolk starts, one over boys, by a combined 28 1/2 lengths, Scafidi sent her from Boston-based trainer Michael Collins to Aro, whose Parx location provided greater flexibility and earning opportunities.

But it wasn’t until a year later, in late 2011, that Aro found the key that unlocked Winning Image’s potential.  That’s when he put jockey Jose Caraballo on her.

Since then, the duo have won seven stakes and placed in four others from 13 starts.  “He fits her like a glove,” Aro noted.  “There’s just good communication there.”

So good, in fact, that Caraballo is both her raceday rider and the only one who breezes her.  Aro described her as tough to train, “a little strong in the mornings.”  He added with a chuckle, “I let the exercise boy breeze her once.  That was enough.” 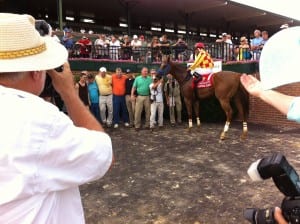 Of course, credit is due Aro and Scafidi, as well.  They have been judicious with their star.  She’s been busy enough, but not overly so, having made nine starts last year and just three so far this year.  And while she’s spent most of her career in stakes races, she’s made only one foray into graded company, in last year’s G2 Honorable Miss at Saratoga.

That day, for only the second time in her career, she did not lead at the first call.  She chased a wicked pace set by favored It’s Me Mom — the half mile went in about 43 4/5 for the six-furlong race — and the early duel doomed both animals.  They finished seventh and eighth that day.  It’s Me Mom has not finished in the money in three subsequent starts.

Not so Winning Image.  “I keep her fresh all the time,” Aro observed, and he gave Winning Image a couple of months between races following the Honorable Miss.  That turned out to be the right move; the horse has enjoyed the most productive run of her career since, winning four stakes and finishing second in two others.

As for the future, Winning Image will get a bit of time off — to keep her fresh — and might make another foray into graded stakes company.  She will likely breeze over the synthetic surface at Fair Hill, and if that goes well, the G2 Presque Isle Downs Masters could be on the horizon.

Aro isn’t making any bold predictions, though.  “This is a humble game,” he explains, “and Murphy’s Law always steps in.”

Of course, it’s in the nature of horsemen to worry and to think of the future with barely concealed dread.

That’s not, however, in Winning Image’s nature.  As Delaware track announcer John Curran put it in the final jumps of the Sweet and Sassy, “She loves to win.”