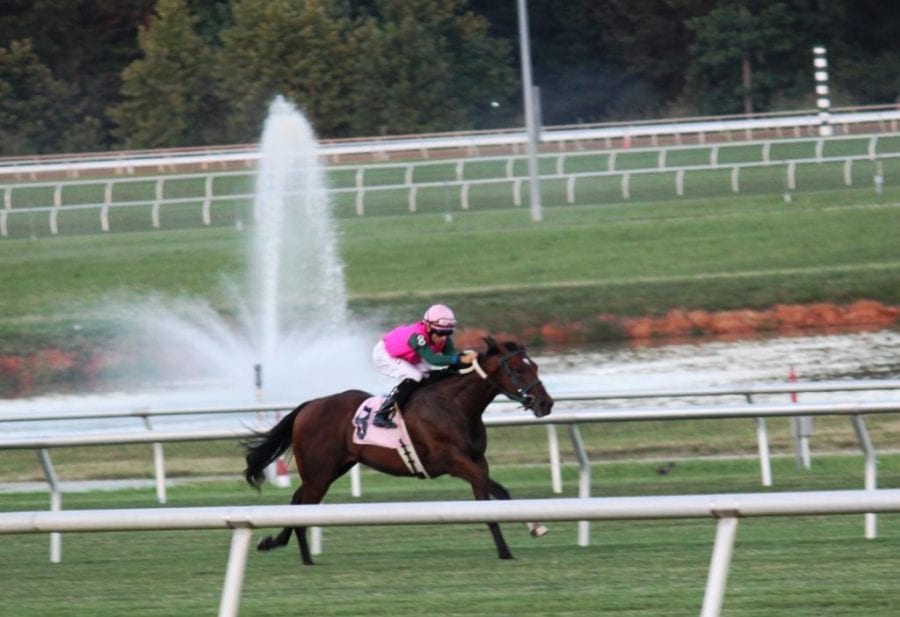 Trainer Gary Contessa’s first trip to Colonial Downs will be led by a jockey who know it very, very well, Edgar Prado.  Contessa trains the horse who, for the moment, is the best three year old in the country on turf, Rydilluc, which has been pronounced many different ways, but is comprised of the 1st syllable of 3 sons of the owners (Ryan, Dillon, Luke).  Contessa likely feels like he’s in a can’t lose situation right at a Y in the path of his horse’s 3-year old season.  If the horse can handle the mile-and-a-quarter distance, they’ll go to the Secretariat Stakes next.  If distance is an issue, then there are a couple of shorter graded stakes on the lawn at Saratoga.  “Y” the Virginia Derby? Why not?  Rydilluc has a win at a mile and a eighth and was never really challenged in the Penn Mile.  His sire Medaglia d’Oro was second in the Kentucky Derby at a mile and a quarter on dirt and won the Travers under the same conditions.

The 2004 Virginia Derby winner, Kitten’s Joy, has more mentions in the program than Pepsi.  The Ramseys’ colt was the finale of Prado’s Virginia Derby hat trick.  One of the more unthinkable facts in Virginia Derby lore is that Prado was never the favorite during his trifecta, with Peter Vegso’s Orchard Park and Silver Tree or Kitten’s Joy.  There were plenty of good winners and starters in the Virginia Derby before Kitten’s Joy, but he clearly set the mark.  KJ showed what the race and its winner could be.  His performance after leaving Colonial and particularly as a sire set a standard not yet matched by other greats of this event, even English Channel or Gio Ponti, who though more accomplished on the racetrack have not been as productive in the breeding shed.  In Saturday’s starting gate, Prado will be looking at three Kitten’s Joy offspring.  What might he be thinking then?