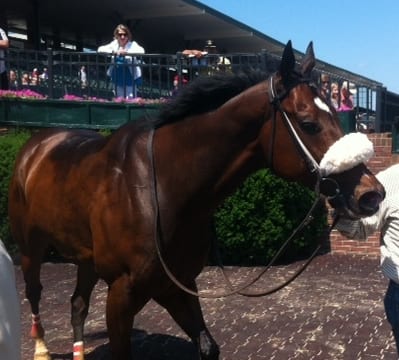 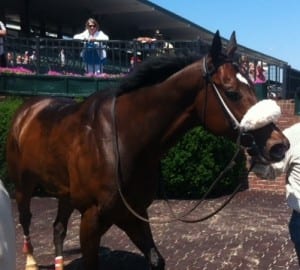 from a Delaware Park release

With apprentice rider Jevian Toledo aboard, Kryskaly Horse Racing’s New Yawker notched his fourth straight victory and in the process lowered the track record at Delaware Park for five and a half furlongs on the main track by running the distance in 1:02.59.  The previous record of 1:02.68 was set by Trickle of Gold in 2006.

New Yawker, a 7-year-old son of Proud Citizen conditioned by Julio Cartagena has a career record of eight wins from 39 starts with earnings of $249,467.  In his previous outing, the Kentucky-bred notched a ¾-length triumph in a five furlong turf allowance at Pimlico on June 2.  On February 14, he was claimed for $5,000 by his current connections.  Since then, he has won his four starts by a combined margin of 7 ¾-lengths.