Pimlico leading rider title up for grabs in final day 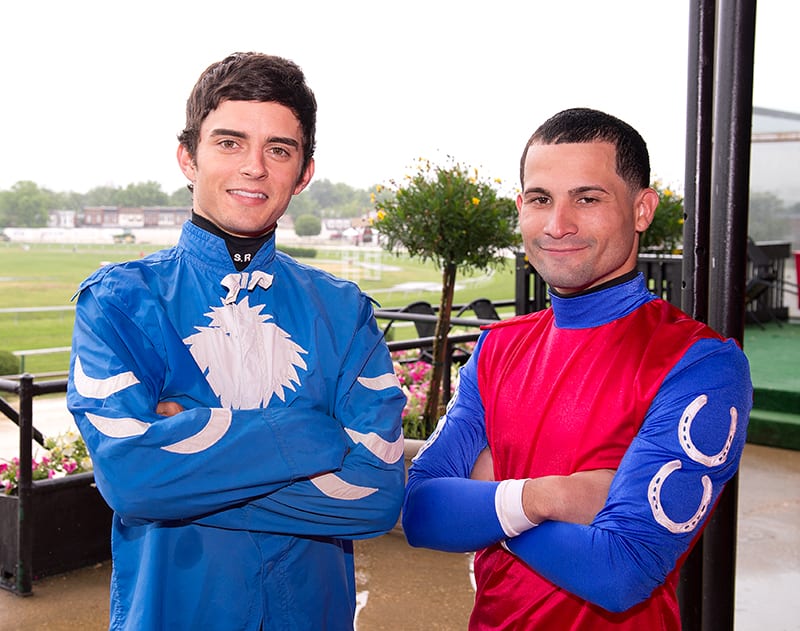 The leading rider at the Pimlico Race Course spring meeting will not be decided until the final day and Sheldon Russell, who currently sits atop the standings will not even be here at the conclusion of Saturday’s card to see if he holds onto the top spot. 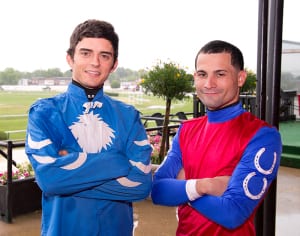 Sheldon Russell and Xavier Perez will vie for leading rider title up to the final day. Photo by Jim McCue, Maryland Jockey Club.

“I have ridden some good horses this meet and am fortunate to be in the position to be ahead with one day to go,” said Russell, who was limited to four mounts Friday because rain forced four races off the turf. “It seems like here at Pimlico no one rider ever stands out. I would be very happy to win the meet but if it is not meant to be I would be happy for Xavier Perez or Victor Carrasco, who has come out of nowhere to be in the mix.”

Russell, who was the leading rider at Pimlico two year ago, is named on seven runners Saturday. However, he will be leaving after the 8th race to catch a private flight to Richmond in order to ride opening night at Colonial Downs.

Perez, who made national news earlier in the meet with his ride aboard Spicer Cub on April 13 (http://www.youtube.com/watch?v=FbH3N5VJzBE), has mounts in all 11 races on the closing card.

“It was a little frustrating today because I had a chance to win a few,” said Perez, who had three second place finishes this afternoon. “It would mean a great deal for me to win the meet but whatever happens, it has been a great meet. Business started picking up after the Spicer Cub race, so I cannot complain.”

The 20-year old Carrasco, who arrived at Pimlico from Puerto Rico at the beginning of the meet, has seven mounts tomorrow afternoon.

“I am working hard and am thankful the trainers are giving me the opportunity,” Carrasco said. “I am trying not to look at the standings, just trying to win races.”

Juan Vazquez will win his first training title in the state of Maryland. He has 22 victories, seven more than Scott Lake.