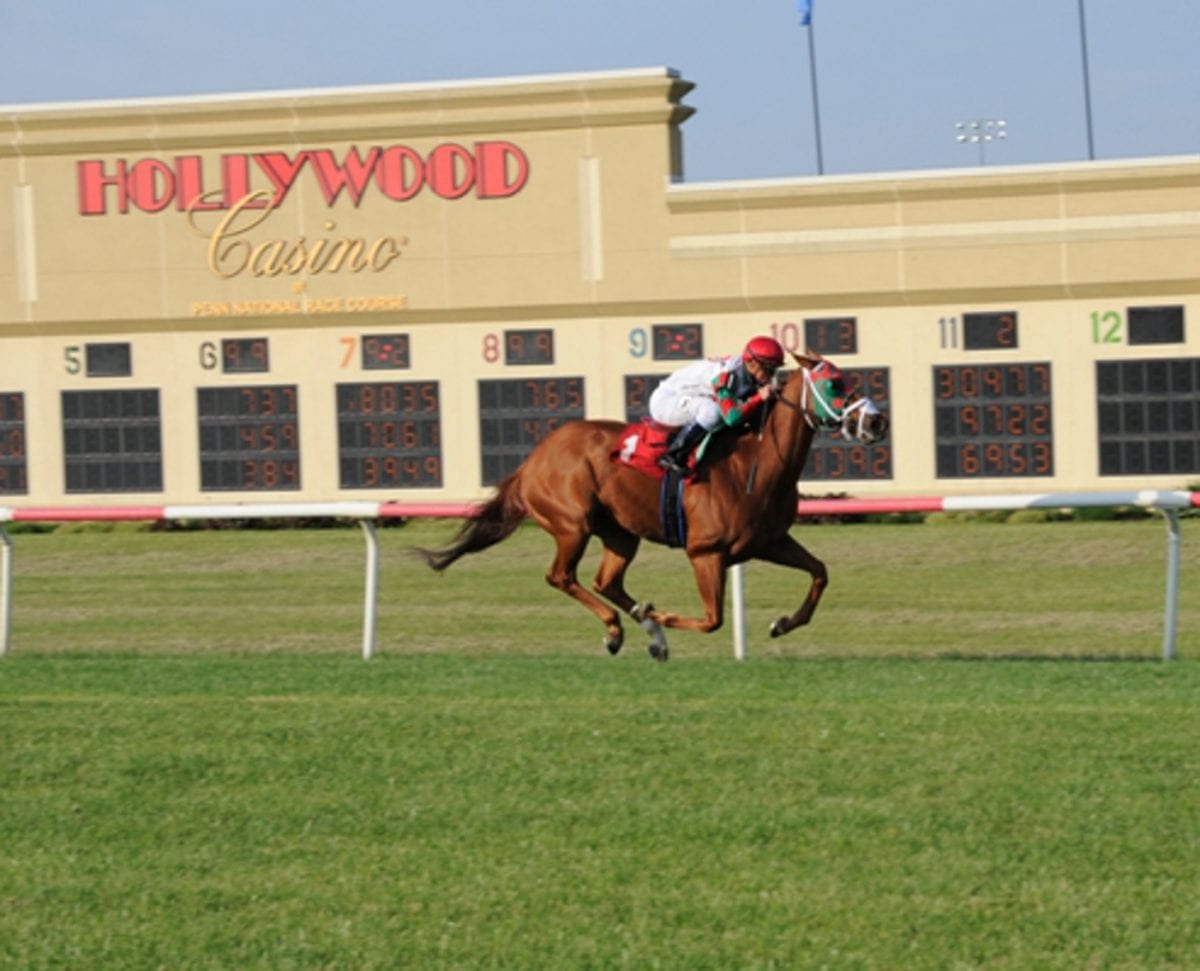 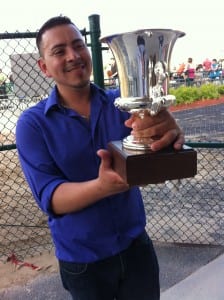 But he wasn’t the only speed from the Jason Servis barn.

Assistant trainer Henry Argueta and his equine charge had to hustle just to make it to Penn National in time for the race.

The pair nearly missed the race altogether after running into major traffic on I-78 in New Jersey, the result of a deadly car accident.  The horse’s easy five-length score was preceded by the narrowest of nose victories, this one against time itself.

“We were in plenty of time,” said Argueta.  “But then we sat in traffic for like two-and-a-half hours.  We were just stopped.”

The clearing of the traffic, however, was not the end of their troubles; they had miles to go and not much time.  “We had like two hours to get here,” he said.  “We weren’t sure, but we decided to give it a try.”

They knew it would be close.  The team needed to arrive by 3:00 for the horse to receive Lasix and avoid scratching.  What had been planned as a sure thing — a 12:30 arrival, with plenty of time to acclimate to new surroundings — became a race against time.

With traffic cleared, they began to make good time.  But the first estimate of their arrival at Penn National, Argueta said, was 3:27.

Soon, he saw the big entrance sign.  “We drove to the gate,” he said.  “The stable was ready.  He walked off the van and immediately got Lasix — like five minutes before the deadline.”

Argueta has worked for Servis for 13 years, he said.  And in all those years, this was the first time they’d cut it so close.

“He’s a fast horse,” Argueta said of the winner, who won the first stake of his career.  “And he’s been doing super” — a description that certainly applied to his absurdly fast Governor’s Cup.

What next?  See how the horse comes out of the race, let him regroup a bit, and then make the call.

And for Argueta?  A broad smile.  “Celebrate,” he said.

Fortunately, he has plenty of time for that.