Hall of Fame horses and us 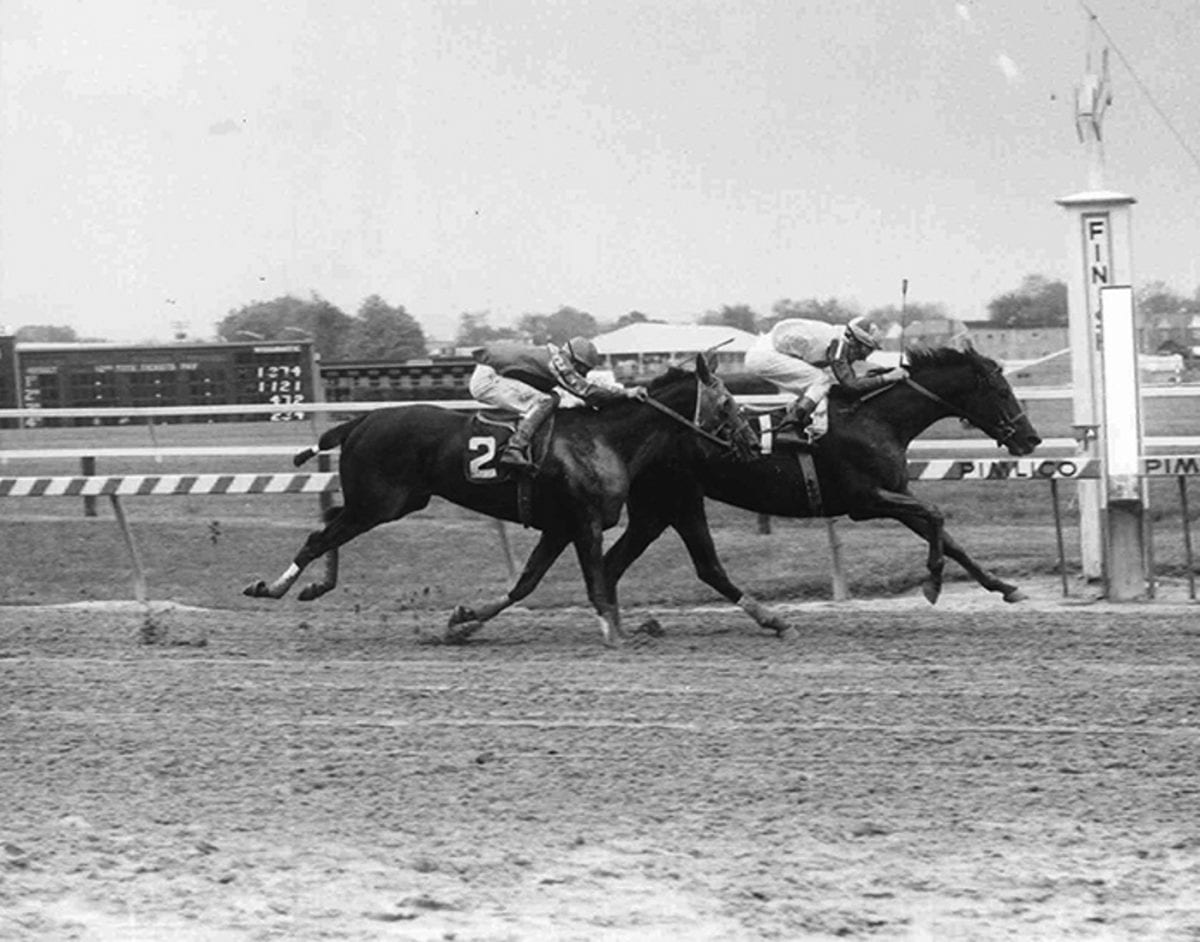 I was talking with one of the participants in Saturday’s Maryland Thoroughbred Hall of Fame ceremonies, one of the humans there to represent the celebrated equines, when a faraway look crept into his eyes.

“You know,” he said, “I would have done anything for that horse.”

It was like that all day.  The horses’ halcyon days had all occurred years, even generations, earlier.  And yet the owners, trainers, breeders who came to the event could recount those days, to the tiniest detail: how this horse stretched as long as she could to hit the wire first.  How that one didn’t jump the shadow that her rival did, which made all the difference.  How the trainer put his exercise boy up on the horse in order to get a decent price when he wagered.

Racing fans often see the first flush of victory, when we learn, to no great surprise, that the winner is happy.  “Mrs. Genter, I love you,” Carl Nafzger famously gushed when her colt Unbridled, under his training, won the Kentucky Derby, and who could blame him?  What, in that moment, was there not to love?

Yet racing’s enduring strength — the quality that makes otherwise presumably sane people hemorrhage money and devote their lives to goals which, in the grand scheme of things, are of a considerably lower magnitude than, say, curing cancer — is, well, its endurance.  Racing’s lows may plumb the depths, but its highs can become moments by which to mark a life’s passage.

And that, in its way, is the purpose of a Hall of Fame: to mark those horses whose stars shone brightest in the night sky of our sport’s passage, those by which we define our sport and thus to some extent ourselves.

The group of 12 horses that entered the Maryland Thoroughbred Hall of Fame — full disclosure: I have had the good fortune to participate in its creation as a member of its steering committee — were astonishingly accomplished and would not look out of place in any Hall.  Indeed, half of the group are already in the National Hall of Fame.

But all of that — wins and losses, dollars earned and stakes won — is so many words and numbers on a page.

That’s not where racing lives and breathes.

What makes it matter is the daydreamy look on an old man’s face, the happiness of a woman recounting events that happened when she was really still a girl, a man’s feeling of vindication still palpable after all these years.  It’s not, in other words, that Carl Nafzger told a 90 year-old widow that he loved her; it’s that he meant it.

Once you’ve talked to the people connected with a horse like this — a once-in-a-lifetime horse — you understand why they mean it when they say, “I would have done anything for that horse.”  It’s because the horse had already done everything for them.

Frank Vespe, the founder and publisher of The Racing Biz, has owned, bought, sold, claimed, written, and talked about horses, in varying combinations, for a decade. Email him at [email protected]ingbiz.com or follow him on twitter @TheRacingBiz.