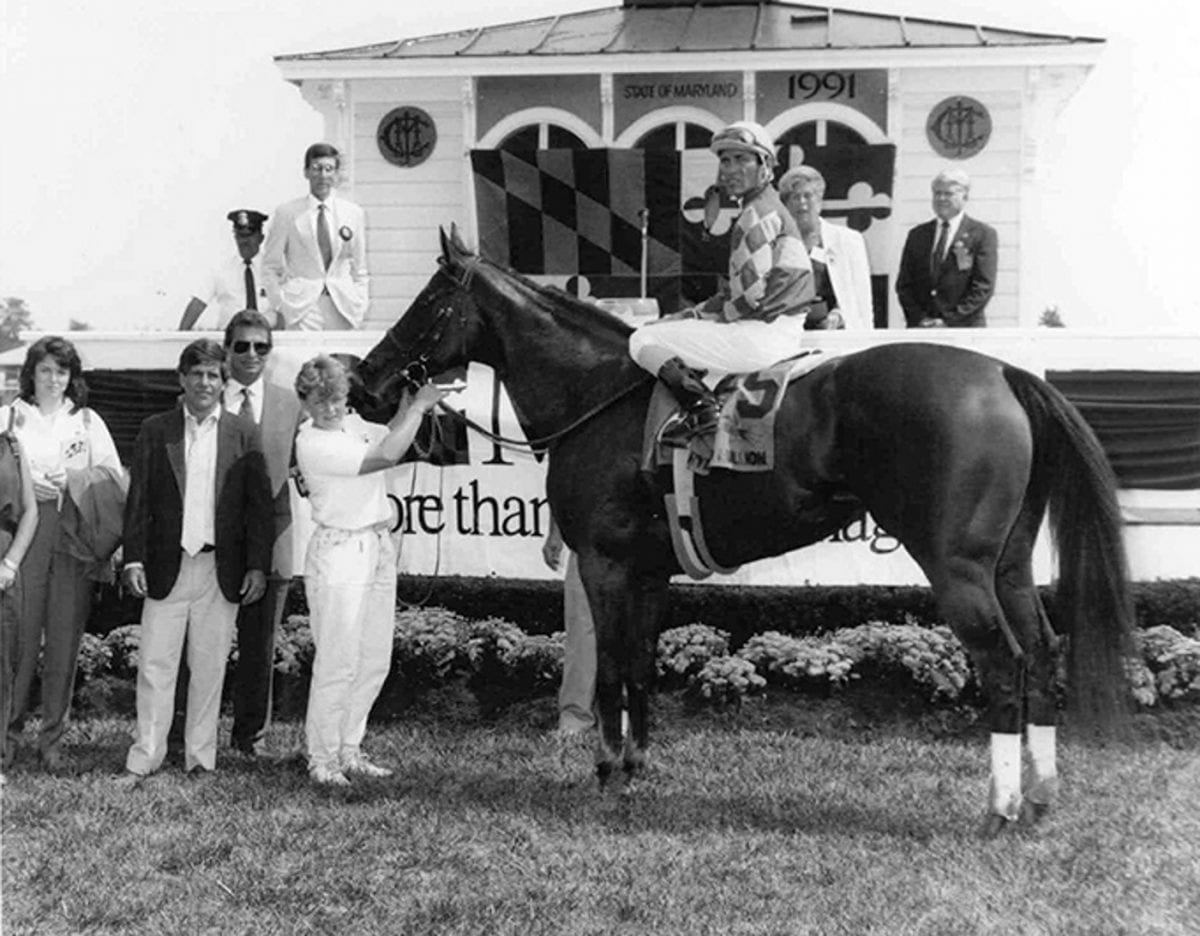 In a series that began Wednesday (here), we’re focusing on the inaugural class of the Maryland Thoroughbred Hall of Fame, whose achievements will be celebrated at Pimlico on Saturday, May 11, prior to the first post.

We’ve got eight down and four to go.  In this piece, we check in on two terrific fillies: Politely and Safely Kept.

Politely’s name is connected to some of the most famous people in racing history: Allaire DuPont, Carl Hanford, Henry S. Clark, Angel Cordero.

No wonder.  Who wouldn’t want to be around a filly like this?

Bred and owned by Mrs. DuPont (racing in her Bohemia Stable colors), this chestnut filly by Amerigo out of the Sun Again mare Morn Again, notched 21 victories from 49 career starts.  Her $552,000 in career earnings made her the fifth-highest among fillies and mares at the time of her retirement. 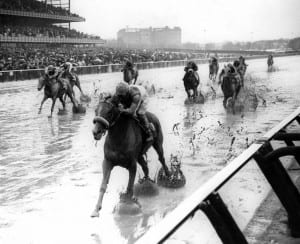 Politely cruises in the slop at Aqueduct. Photo from Maryland Thoroughbred Hall of Fame.

Though she was nosed out — literally, in a narrow defeat in the Beldame — by Gamely for Eclipse honors as champion female of 1968, that didn’t prevent local folks from naming her Maryland-bred Horse of the Year.  That marked her second straight state Horse of the Year title, her second straight Older Female title, and her third Maryland-bred championship overall; she’d also earned champion three year-old filly honors in 1966.

She retired following her five year-old season to a productive career as a broodmare.  She died, at 24, in 1987 at Woodstock Farm in Chesapeake City, the place of her birth.


How good was Safely Kept?

Good enough to finish second in the Breeders’ Cup Sprint in 1989 — and still win the Eclipse Award for champion sprinter, male or female.

The bay daughter of Horatius out of the Winning Hit mare Safely Home 24 of 31 career starts, with 22 of those triumphs in stakes company.  Bred by David and JoAnn Hayden at their Dark Hollow Farm, she raced in the Dark Hollow colors as a two year-old, a season in which she notched three stakes wins, before being sold to a partnership headed by Barry Weisbord.  For that group, she did almost nothing but win, ultimately becoming the first sprinter to surpass $2 million in career earnings, as well as the first Maryland-bred to win a Breeders’ Cup race.

She earned admission to the National Museum of Racing and Hall of Fame in 2011.  As a broodmare, she’s thrown eight winners, including a pair of stakes winners.