For one retired Thoroughbred, a long and winding road home 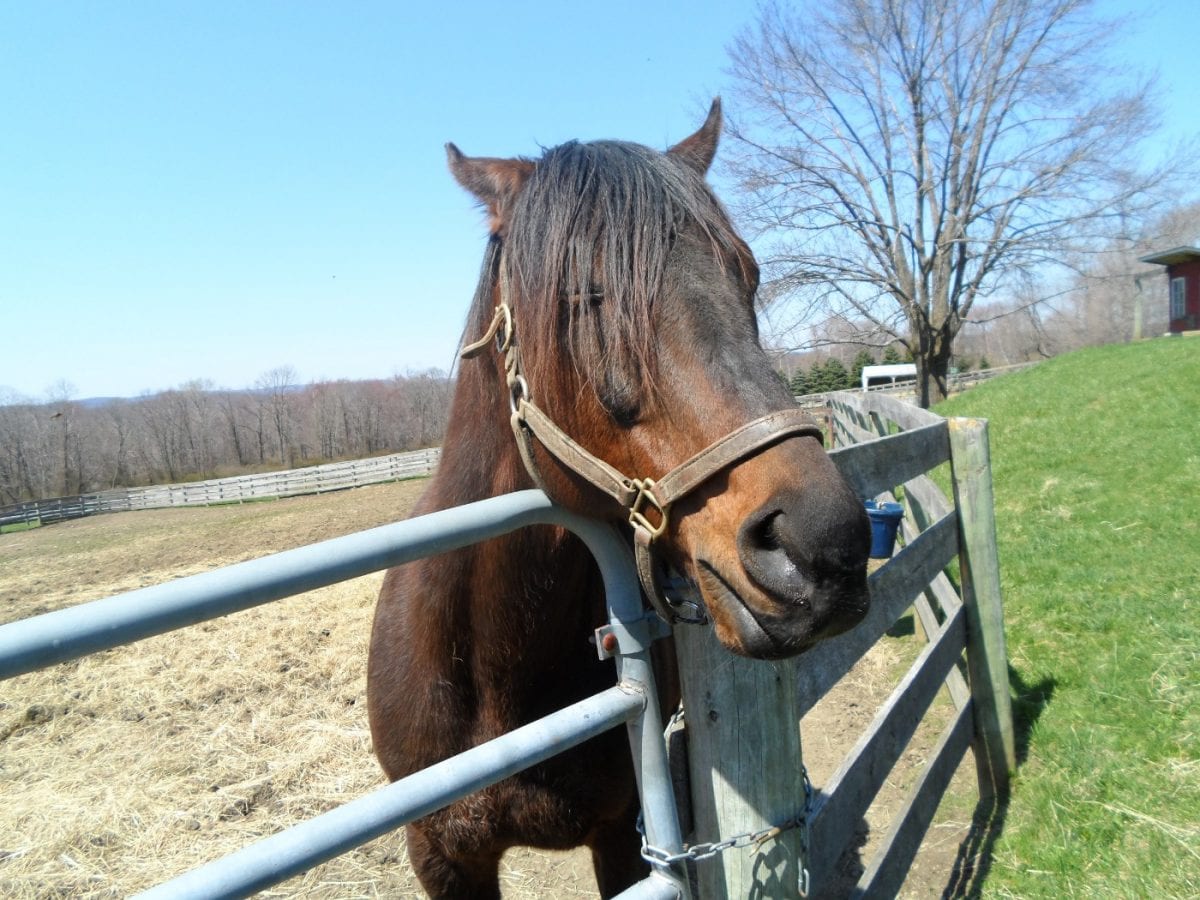 It all started at Aqueduct, on a Saturday afternoon in January of 2005. It was the day of the Sunshine Millions: a horse named Lava Man was racing at Gulfstream, and an undefeated Florida-bred, California-based sprinter had shipped east to make his third start. Lost in the Fog won that day by four and a half.

My eye, ever alert to a hunch-betting opportunity, was drawn to a horse in the seventh at Aqueduct. In the days when I still spent more time at summer tennis tournaments than summer racing venues, how could I resist betting a horse named Tie Break at 7-1?

He was making his first start off an eight-month layoff; he’d broken his maiden in his second start after a four-month layoff, winning by 11 at Finger Lakes. Why not? I reasoned, though logic probably didn’t have a lot to do with it.

He won that day, establishing two patterns: a series of long layoffs in his career, and a lack of reason in my relationship with him. 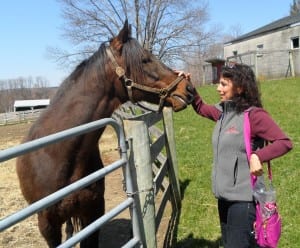 He went in my watch list, and I followed him through the winter and spring into the summer as he raced at Aqueduct and Delaware Park. He won on October 23 at a track that was still called Philadelphia Park, and then the notifications stopped coming.

I wondered, of course; we always do. At that point, I was a full-time administrator at school; I hadn’t written a word about horse racing.  All I could do, I assumed, was wonder where he’d gone, and hope that he was OK.

So the watching began again.

He had a new trainer, and he raced in Florida now. Winless in four starts, he shipped north to make his 13th start for his fifth trainer at his seventh racetrack, Charles Town in West Virginia. He was seven years old, and his record was 5-1-3.

By this time, September 2008, Brooklyn Backstretch had been born, and with the utter brazenness of someone with no idea what she’s doing, I got on the phone. I called Tie Break’s former trainers. I called the people who bought him a two-year-old. I found out that he’d been injured and retired in Florida in 2005, that he’d lived on a farm there and had a job as a teaser pony. I found out that his connections thought he was sound and energetic enough to come back to the races.

And on a road trip to Keeneland the next month, I stopped at Charles Town to try to talk to his current trainer.

I didn’t get to see her that day, and in November, after he finished eighth by 28 lengths at Penn National, the notifications stopped. Again.

We’ve all been there. We wonder where they’ve gone, and we wonder what we can do about it. On a teacher’s salary and living in a Brooklyn apartment, the answer, it felt like, was “not much.”

So I tried not to think about it. I tried to be logical. I vowed not to call his trainer and ask where he was and what he was doing.  I told myself that this was what happened in racing, and that I couldn’t keep track of every horse that I’d liked on the racetrack.

Fifteen months later, on February 10, 2010, an entry notification came:  Charles Town, seventh race, February 13.  He was nine years old.  This time, I wasn’t quite as surprised.

He was still at Charles Town, still with trainer Renee Schlesinger, and she owned him now, too. He was racing for a $4,500 tag, and in his third start off this latest layoff, he won. He raced regularly and usually competitively, often finishing in the top three.  He even won sometimes.

[pullquote]Why she trusted a woman who had never owned a horse, who had embarked on crazy road trip adventures to meet a horse she’d bet on six years before, who came to her without references or credibility, I’ll never know, but she did.”[/pullquote]

In April, on yet another trip to or from Kentucky, I tried again, and this time, it worked. I stopped at Charles Town. I met Schlesinger, and finally, I met Tie Break.

He might have been a little cranky, but it didn’t matter. This crazy claimer odyssey had gotten me to the point to which I swore I’d never get, and I gave Schlesinger my card and told her to call me when his racing days were done.

And then I drove off. I’d done everything I could.   For the third time in six years, I said good-bye to Tie Break, only this time it was in person.

But you know it can’t end there, not this story.  A year and a half later, in late 2011, I got the phone call I never expected. Renee Schlesinger called, and she said it was time for Tie Break to find a new home.

Why she trusted a woman who had never owned a horse, who had embarked on crazy road trip adventures to meet a horse she’d bet on six years before, who came to her without references or credibility, I’ll never know, but she did.

And thanks to the wonderful people at Akindale Thoroughbred Rescue, by the time the calendar turned to 2012, Tie Break had a new home. There was, at first, some thought of his resuming his career as a teaser at one of the New York stud farms, but Tie Break didn’t want to do that-he was a ridgling, and he didn’t, shall we say, really have it in him.

So Akindale took him home and gelded him, and he’s now a happy, friendly, accommodating horse. He’s recently been introduced to a paddock friend, and according to Akindale’s rescue manager Erin Pfister, they’re getting along swimmingly.

Pfister also says that despite all the injuries and all the layoffs, Tie Break is sound enough for a second career, and his re-training will start shortly.  I feel twinges of sadness when I think that he might leave Akindale for another home, that I won’t  be able to visit him when I go to the farm that’s been a haven for so many horses.  I also know that he’ll be happy with a job, and that Akindale will make sure that he goes to a place where he’s well taken care of.

I don’t know when that will happen, so in the meantime, I’ll keep visiting and spoiling him, enjoying the news of his progress, grateful to all the people over the last seven and a half years who made it possible for him to retire healthy and live happily.

And as for me and him…well, we’ll always have Aqueduct.

Akindale offers a variety of options for supporting its work, including adopting or sponsoring horses, or making a one-time or recurring donation at the amount of your choice. Their work makes it possible for horses like Tie Break to have a stable, healthy, productive life when their racing days are done.