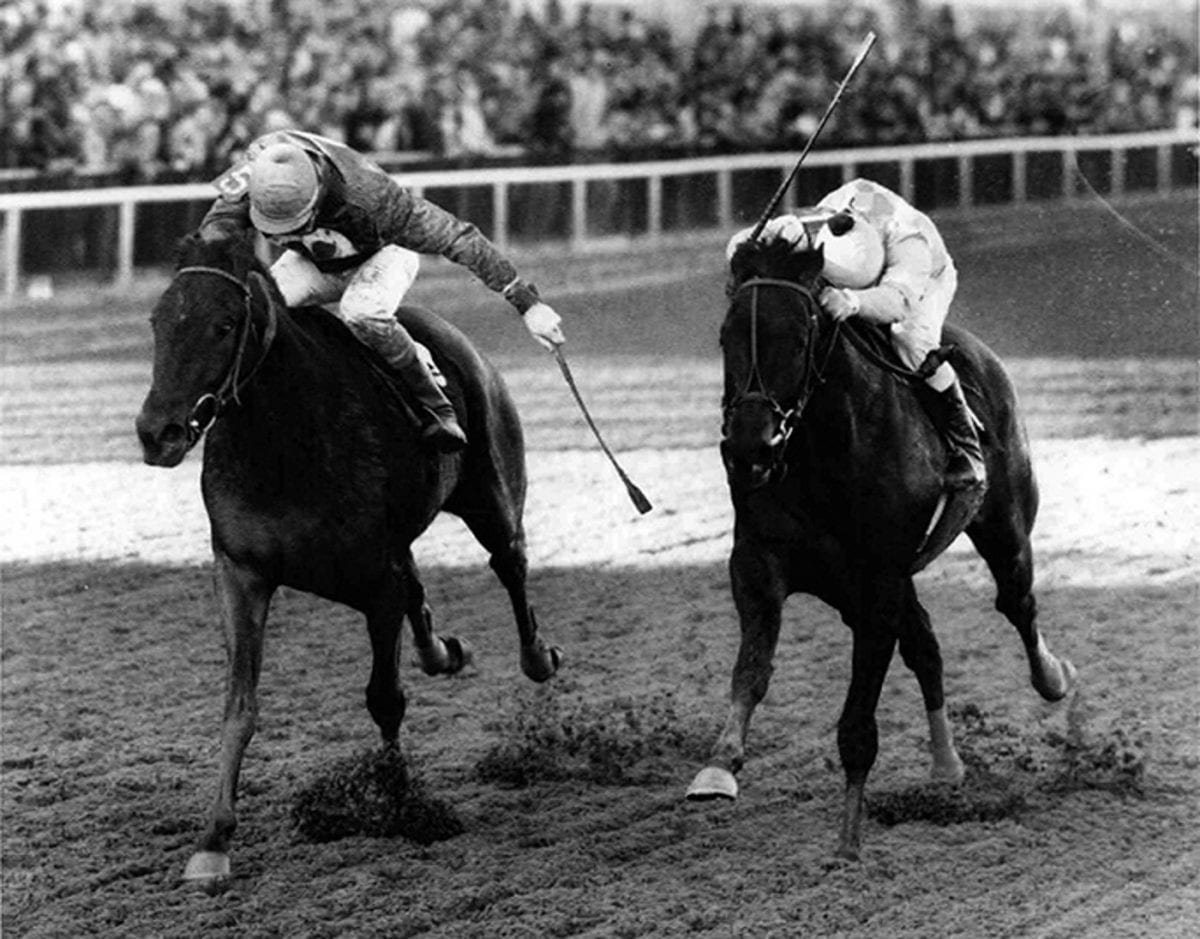 Festivities will begin in the winners’ circle at 12:15, 55 minutes prior to the first race.  All of Saturday’s races will be named for members of this inaugural class of Maryland-breds, which features 10 flat runners and two steeplechase horses.  And don’t forget the free commemorative poster giveaway! 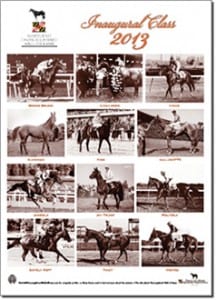 For the next few days, we’ll feature the inductees…

Bred by Robert Meyerhoff, the son of Ack Ack out of the Hoist the Flag mare Hay Patcher won a dozen stakes, four of them Grade 1 events, and was in the money in 10 more stakes en route to career earnings of more than $2.6 million.

Oh, yes, and he also won the Pennsylvania Derby after bolting rounding the turn — though bolting doesn’t really do justice to just how badly he whiffed the turn.  Check it out for yourself below:

He was also a two-time Maryland-bred Horse of the Year.  Learn more about Broad Brush at the Hall of Fame site.

There aren’t many horses that have won two consecutive national Horse of the Year titles.  Before Challedon accomplished the feat in 1939 and 1940, there hadn’t been any.

Following his 3-year-old championship campaign, noted racing authority John (Salvator) Hervey commented: “It is the belief of the great majority of Turfmen – and a reasoned one – that Challedon… is one of the greatest Thoroughbreds ever seen in this country. This opinion embraces all horses of our entire Turf history, from ‘the earliest-date to the present day,’ and barring none, even the mightiest, whose names, in the words of the poet, forever echo ‘down the corridors of time.'”

The son of Challenger II out of the Sir Galahad II mare Laura Gal certainly earned the accolades.  Bred by William Brann, the colt won nine stakes as a sophomore, among them the Preakness and Pimlico Special, and placed in five others.  The following year, 1940, he repeated in the Special and added the Hollywood Gold Cup and the Whitney to his haul.

He entered the national Hall of Fame in 1977.

Learn more about Challedon at his page at the Hall of Fame site.