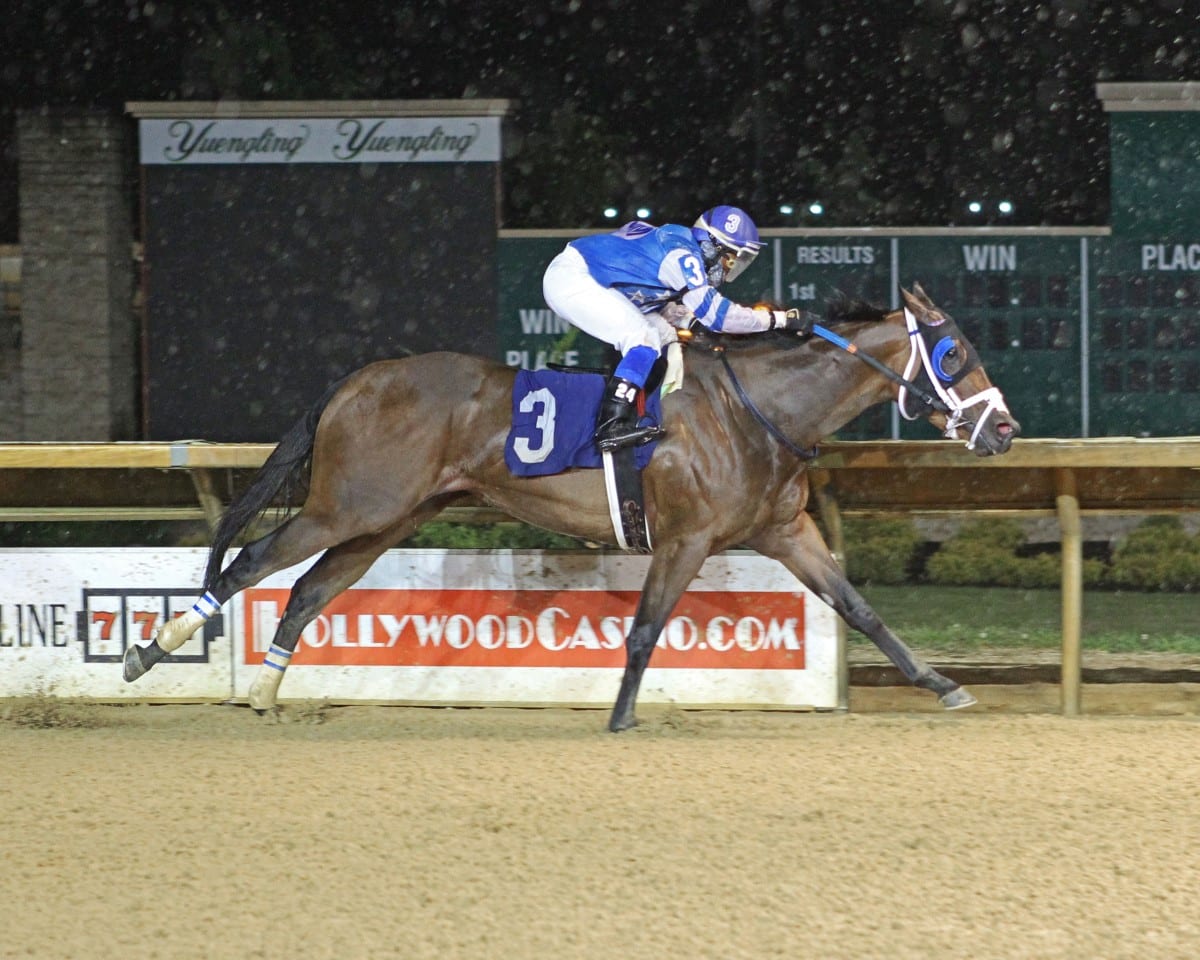 Twirling Owen was well clear in winning the Its Binn Too Long Stakes. Photo by Coady Photography.

For the third consecutive weekend since returning from a nearly-two month hiatus invoked by the COVID-19 pandemic, Charles Town will offer a pair of stakes for West Virginia-breds this weekend. The track hosts the $50,000 Fancy Buckles. for older state-bred fillies and mares, on Friday night, and then the It’s Only Money Stakes on Saturday evening for older state-bred runners.

Both races are named in honor of horses trained by Tim Grams.

“She came out of that last stakes great and she’s ready for this one,” Farrior said of Twirling Owen, who boasts four wins and earnings of nearly $110,000 from eight career outings. “She’s always been really quick out of the gate. Even last year at two, she was probably the fastest horse I had from the gate. Overall, I like this spot for her. The race is not as tough as I expected, with Parisian Diva and those other good ones not in there.”

Fittingly in a race named in honor of one of his top trainees, Fancy Buckles, who concluded her career with a 9-4-2 slate and earnings of nearly $280,000 from 17 career tries, trainer Tim Grams will send out a pair of fillies, Remy’s Rocket and C.R. Case’s Legacy.

Trainer Ollie Figgins, III will also send out a pair of state-bred mares for the Fancy Buckles. Unaquoi (7-2), heroine of the Rachel’s Turn Stakes here in 2016 who has done some of her best work on turf, makes her second start of the season and owns a 9-7-5 slate and over $320,000 bankroll from 35 career outings. Nellysford (6-1), a five-year-old During mare still in search of her first stakes tally, has a bit of a case of seconditis with five wins — but 15 runner-up finishes — and over $180,000 banked from 35 lifetime tries.

Another talented sophomore filly, Manarola (9-2), will seek her first stakes triumph following a good second-place effort behind Twirling Owen in the Its Binn Too Long. A sophomore daughter of Flat Out owned and trained by Javier Contreras of Late Night Pow Wow fame, Manarola has placed in two stakes, won twice in three starts this year, and never finished worse than third in her brief seven-race career.

Longshots Lil Linder (15-1) and Summer Frock (20-1) complete the field for the Fancy Buckles, slated as the eighth race on Friday’s nine-race card at Charles Town. Post time for the card is 7:00 p.m.