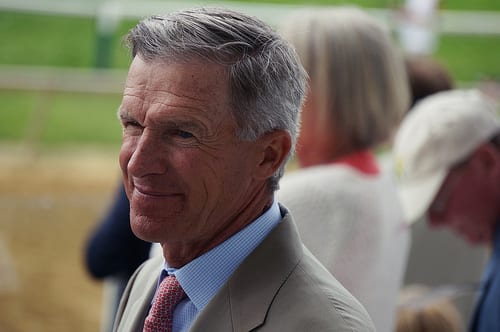 Two-time classic-winning trainer Michael Matz will judge the 86th annual Maryland Horse Breeders Association Yearling Show. Open to all yearlings eligible for Maryland-bred registration, the show has been rescheduled for 2020 and will be held Sunday, July 19 at the Maryland State Fairgounds’ Horse Show Ring in Timonium. Entries are due by June 20.

Based at Fair Hill Training Center, Matz sent out his first winner in August 1997, and has since trained dozens of stakes winners. His richest, and most famous, charge was undefeated 2006 Kentucky Derby-G1 winner Barbaro. Six years later, Matz again had classic success when Union Rags got up to win a thrilling renewal of the Belmont Stakes-G1.

The first Grade 1 win for the Matz barn came in the 2003 Secretariat Stakes with Kicken Kris, who would add the Arlington Million-G1 the next year. Matz celebrated a Breeders’ Cup win with Round Pond in the 2006 Distaff-G1 and also won Grade 1 stakes with sprinter Visionaire and top turf mares Somali Lemonade and Hard Not to Like. His runners have earned in excess of $42 million.

A Pennsylvania native, Matz turned to training Thoroughbreds after an illustrious Hall of Fame career in international show jumping. He won the U.S. National Show Jumping Championship six times and competed in three World Championships, winning a team gold medal in 1986. His most famous partner was the Thoroughbred gelding Jet Run, also in the Show Jumping Hall of Fame. Three times Matz competed in the Olympics, and after winning a team silver at the 1996 games in Atlanta he had the honor of carrying the American flag in the closing ceremonies. Ten years later he trained the winner of the Kentucky Derby.