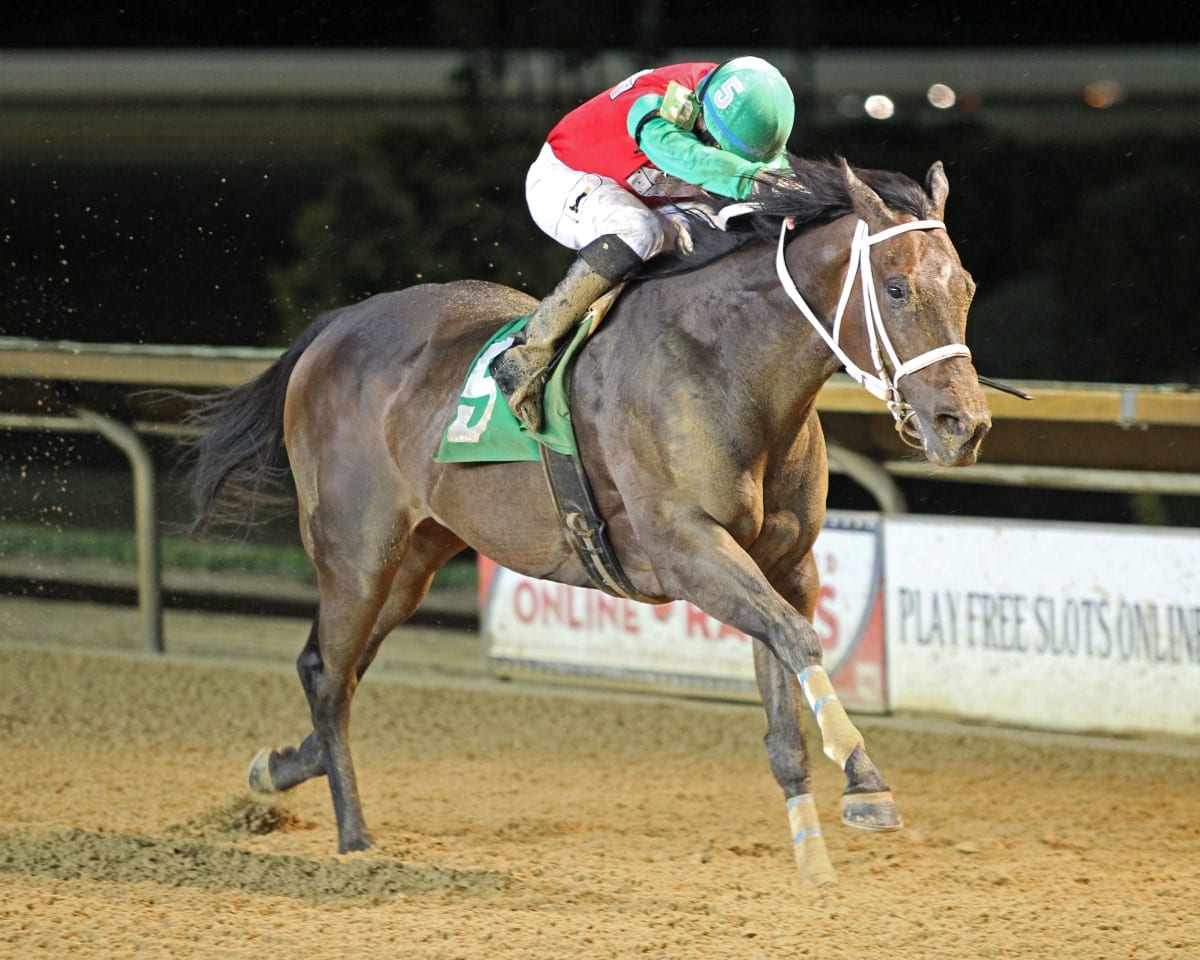 One horse of the year was a dominant winner. The other, a disappointing last-place finisher.

It was a tale of two races at Charles Town this weekend, and while Anna’s Bandit enjoyed the short trip west, Runnin’toluvya’s attempt to defend his home dirt certainly did not go according to plan. That duo shared West Virginia-bred Horse of the Year honors in 2019.

Trainer Jerry Robb could not attend Anna’s Bandit’s race, and regular jockey Xavier Perez was forced to cede the mount — both knocked out by coronavirus restrictions — but they had to like what they saw as the daughter of Great Notion romped by six lengths in Friday’s $50,000 Original Gold Stakes.

After being saddled by Diane McClure, Anna’s Bandit, with Gerald Almodovar up, was content to track the early pace of 40-1 shot Sherwood Lady from fourth while just a couple of lengths away. Midway up the backstretch, Almodovar steered her out to the four-path to get clear run at the leaders.

Anna’s Bandit quickly moved up to the leaders, with Bridging the Gap the only one of the lead trio to go on. Those two dueled to midway on the turn before Anna’s Bandit asserted herself, pulling readily away to win in 1:25.75 for seven furlongs.

The final margin was six lengths, with Hell of Afire rallying smartly into second. B’s Wild Cork was third.

A day later, Runnin’toluvya, who shared 2019 West Virginia-bred Horse of the Year honors with Anna’s Bandit, was not so successful.

In the $50,000 Confucius Say Stakes Saturday night, Runnin’toluvya was buried down inside throughout and had no answers when the running started, finishing fifth and last, beaten by just over seven lengths.

That made it a pretty good evening for trainer Jeff Runco, who trained the top two runners and, via his and wife Susan’s Coleswood Farm operation, owned the runner-up.

While Runnin’toluvya was hustled out of the gate by jockey Christian Hiraldo, it was the Runco-trained Penguin Power who got the jump on everyone. With Arnaldo Bocachica up, Penguin Power, the 1.10-1 second choice in the field of five, quickly grabbed a 1 1/2-length lead through an opening quarter-mile in 23.57 seconds.

While Runnin’toluvya wasn’t far away – in third, just a head behind second-place runner Opera Nite — he was stuck inside, behind Penguin Power and pinned to the rail by the Runco duo of Opera Nite and North Atlantic.

And that was the story of the race. Penguin Power led throughout to win easily in 1:25.14 for seven furlongs. North Atlantic was a clear second, while V. I. P. Ticket rallied from fifth into third.

Runnin’toluvya finally found a seam in the lane but had no response, fading to fifth.