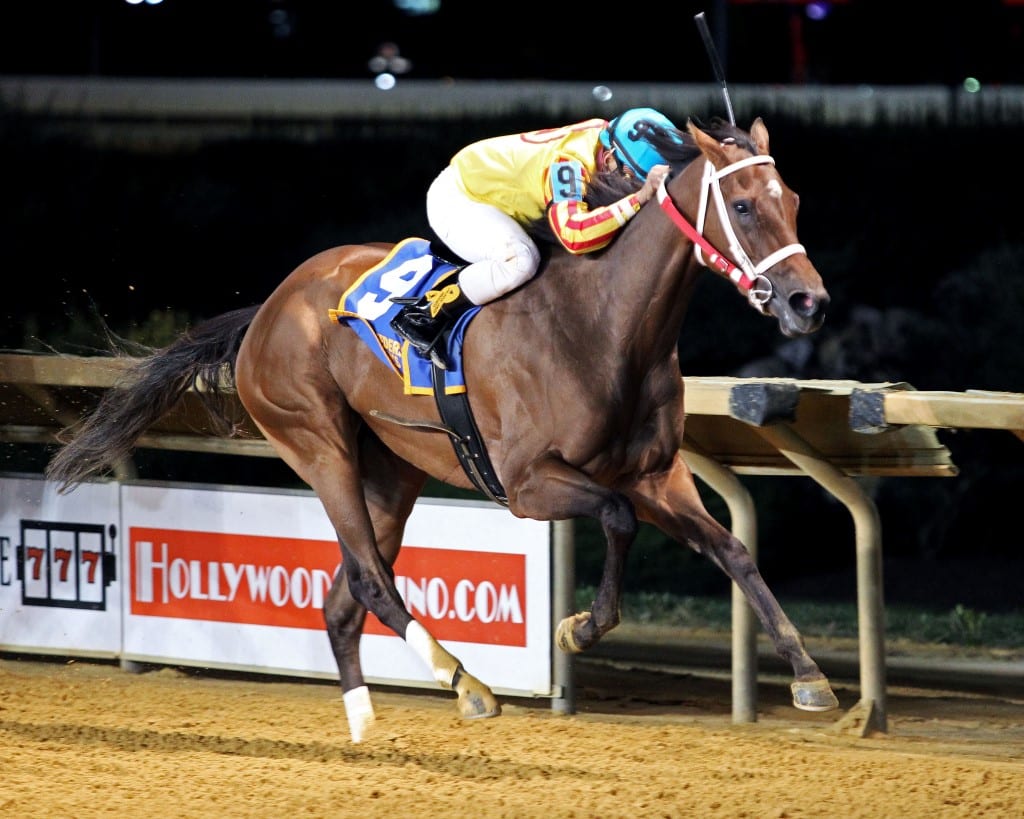 Following a nearly two-month hiatus amid the COVID-19 outbreak, Charles Town will resume live racing with a full weekend of action that kicks off on Thursday evening.

Each of the three weekend cards features nine races, and 10 of the 27 races have horses on the also-eligible list.

Friday’s card will feature a pair of two-turn allowance events for fillies, one of which offers the seasonal debut of Parisian Diva. Now four, the daughter of Freedom Child is trained by Stacey Viands for owner-breeder Melinda Golden. She will make her seasonal debut in Friday’s eighth race with regular pilot J.D. Acosta aboard and has been installed as the 9-5 morning line favorite.

“She’s doing really good and she’s ready to roll,” Viands said of Parisian Diva, who worked four furlongs in 48.40 on May 2. “I’m not thrilled with having the rail, but if she breaks good she’ll be fine. J.D. has been aboard her for all of her workouts and her big races. I think this race will set her up for the [Original Gold] Stakes here [on May 29]. They wrote this race a couple of times last year and it would not fill, but this time they got 11 in there.”

Parisian Diva won six of nine starts and earned $180,000 last year en route to being named champion West Virginia-bred three-year-old filly, winning three stakes along the way. She was also a credible fourth despite a troubled trip in the Grade III, $300,000 Charles Town Oaks last fall before ending her campaign with a sharp score in the West Virginia Division of Tourism Stakes on West Virginia Breeders Classics night.

“We’re hoping she comes back from this race in good order and comes back for the Original Gold Stakes,” Viands said of Parisian Diva, who has won eight of 13, four in stakes company, starts and earned just over $240,000. “Then we might go down the road [to Laurel Park] for a couple of open stakes if they get up and running this summer. Then we’re hoping to have her ready for the West Virginia-bred stakes in the summer and fall. She’s something special for me and Melinda. She gives me a big reason to get out of bed every morning.”

Parisian Diva will have several formidable foes in Friday’s two-turn allowance, including Amelia Bedelia for trainer Jeff Runco and two fillies trained by Ronney Brown, Lucille Of Troy and Super Donna G. Amelia Bedelia has won once in two starts this year and owns a 6-1-4 slate and $130,000 banked from 12 career outings for owner David Raim. She has been second once, third twice and fifth once in four stakes tries, finishing behind Parisian Diva in a pair of added-money events last year.

Runco will saddle the morning favorite in an earlier two-turn, allowance for state-bred fillies and mares in Star Of Night (5-2), a sophomore daughter of Creative Cause has won both of her starts this year. Among her main rivals is Bridging the Gap (7-2), a five-year-old Fiber Sonde mare owned and trained by John McKee who was second in her seasonal debut on March 11 and owns two wins and a pair of second-place efforts from five lifetime tries.