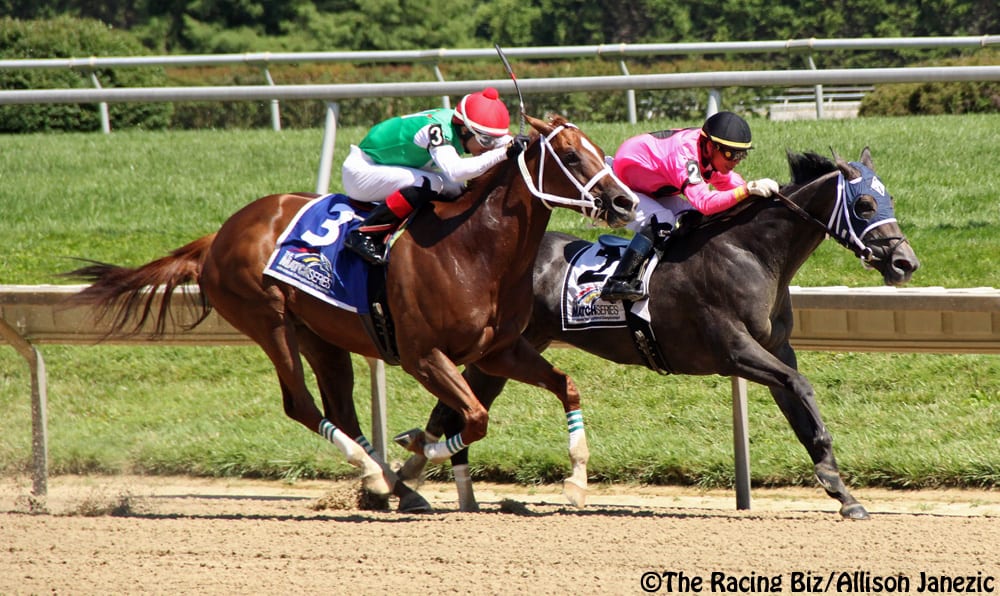 The partners in the highly acclaimed Mid-Atlantic Thoroughbred Championships Series (MATCH), during an April 7 meeting, agreed to cancel the 2020 edition of the Series given the ongoing uncertainty of racing schedules and concerns about available purse money in light of the coronavirus (COVID-19) shutdown.

The Series, which has established itself as a popular part of the Mid-Atlantic racing calendar, was set to debut for its third straight season with a split schedule at Laurel Park and Hollywood Casino at Charles Town Races on April 8. But live racing in the region is on hold for the foreseeable future, and with the Series stakes scheduled for Preakness weekend also up in the air, there appeared to be few good options.

“Obviously, we are all disappointed, but it was the right thing to do,” said MATCH Series creator and THA Chairman Alan M. Foreman. “No one wanted to compromise the quality of the event and the brand we are building. MATCH is a luxury, and the monies contributed by the horsemen’s organizations, racetracks and breeders organizations to support the Series can be better used for the benefit of day-to-day racing when live racing return. We have the template ready to go for 2021 and will be back bigger and better than ever.”

The 2020 Series, the schedule for which was developed in a spirit of cooperation among racing stakeholders in six states, was expected to the best since the Series returned in 2018. Two new partner tracks who were members of the Series when it debuted in 1997 – Colonial Downs and Charlestown- along with their respective horsemen’s associations and breeders’ organizations, joined the fold; a fifth division was added; and the Series was expanded from five to seven big-event racing programs.

The MATCH Series indicated today that they hope the Series can return in 2021, using the 2020 schedule as the template for 2021

The MATCH Series is an innovative regional racing series, and the only one of its kind in horse racing, that combines rich stakes and bonuses for participating owners and trainers who compete over a seven-month span. Horses competing in MATCH earn points based on participation and order of finish in each series race, and the leading point earners in each of the series divisions, as well as the overall owner and trainer point leaders, win lucrative bonuses.