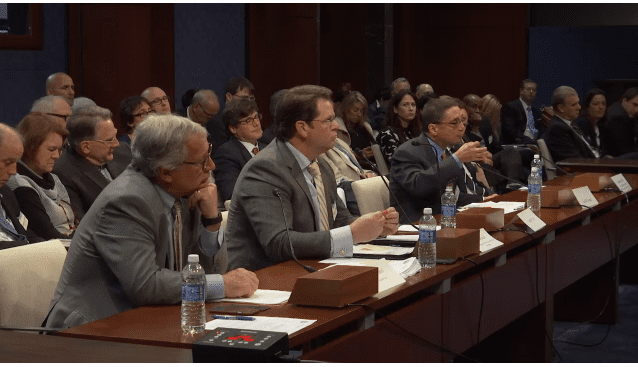 Participants at a previous hearing on horseracing.

The House Committee on Energy & Commerce subcommittee on Consumer Protection and Commerce has announced a legislative hearing titled “Legislation to Promote the Health and Safety of Racehorses” to take place at 10:30 a.m. on Tuesday, January 28th.

The legislation, which has the support of The Jockey Club, among other organizations, but is opposed by horsemen’s groups, has more than 225 cosponsors in the House of Representatives — more than half of the members.

The subcommittee has announced seven witnesses expected to testify: