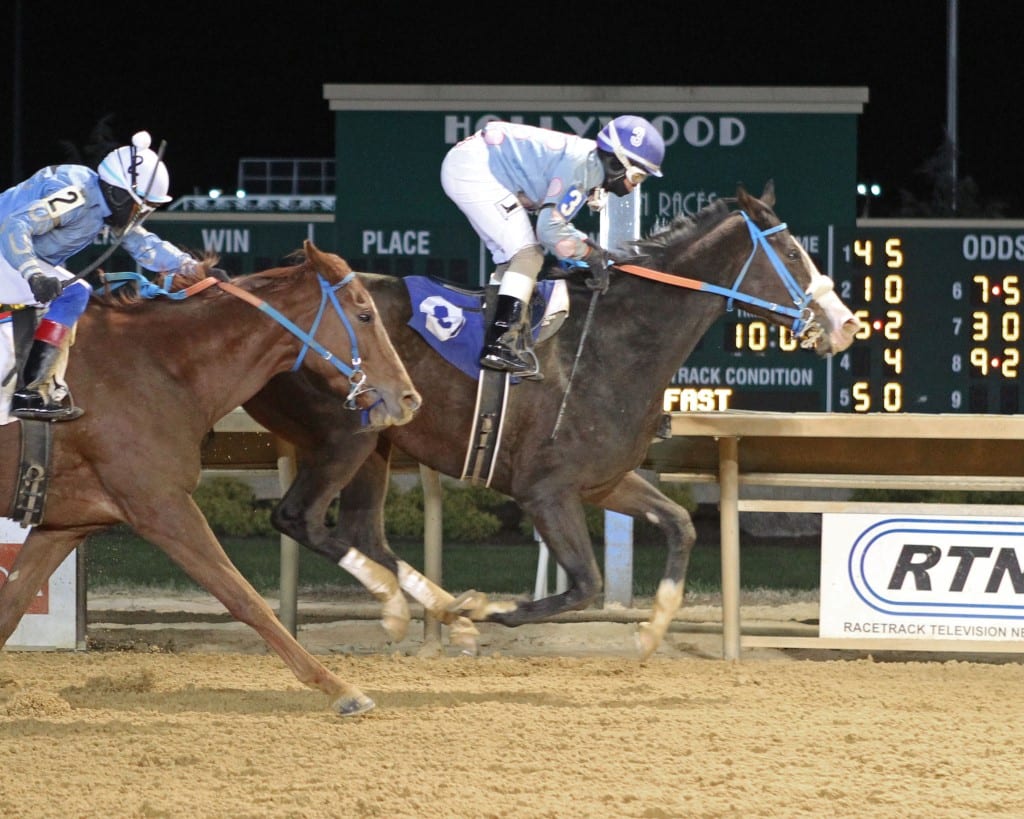 It took B’s Wild Cork 26 races to earn her first stakes triumph. She didn’t wait long to add a second.

Under jockey Antonio Lopez, the four-year-old daughter of Denis of Cork rallied from seventh to earn victory in the $50,000 My Sister Pearl Stakes for West Virginia-bred fillies and mares three and up Saturday at Charles Town Races. It was her second consecutive stakes victory.

B’s Wild Cork was an 8-1 outsider last month when she ran down pace-setting T Rex Express to win the $75,000 West Virginia Roger Ramey Breeders’ Classic Distaff by a length. Yet while the bettors gave her a longer look in the My Sister Pearl — which, like the Roger Ramey Distaff, is contested at the three-turn distance of 1 1/8 miles — they couldn’t quite see their way clear to making her the favorite.

B’s Wild Cork went off as the 5-2 second choice in the field of eight Saturday. The Jeff Runco-trained See Ya Manana, second last month in the WV Cavada Breeders’ Classic, was made the 7-5 post time favorite.

See Ya Manana, under Arnaldo Bocachica, pressed the tepid early pace of Scottish Denis before clearing to the lead by herself after a half-mile in 50.31 seconds. She quickly came under pressure from C R Case’s Legacy, who, under Christian Hiraldo, had an adventurous trip that ultimately led to her being disqualified and placed fifth for fouling See Ya Manana.

As See Ya Manana was coming under pressure rounding the final turn, B’s Wild Cork was revving up her run while three wide on the turn. B’s Wild Cork grabbed the lead leaving the furlong grounds and then was able to hold safe they late run of Cameron Street, who rallied into second under Darius Thorpe. C R Case’s Legacy held third, but her disqualification moved Spanish Moss up into third.

B’s Wild Cork is trained by James W. Casey and is a homebred for his Taylor Mountain Farm operation. She is out of the Wild Rush are B’s Wild Rush.