Tommy Shelby giving Walters barn a shot in the arm 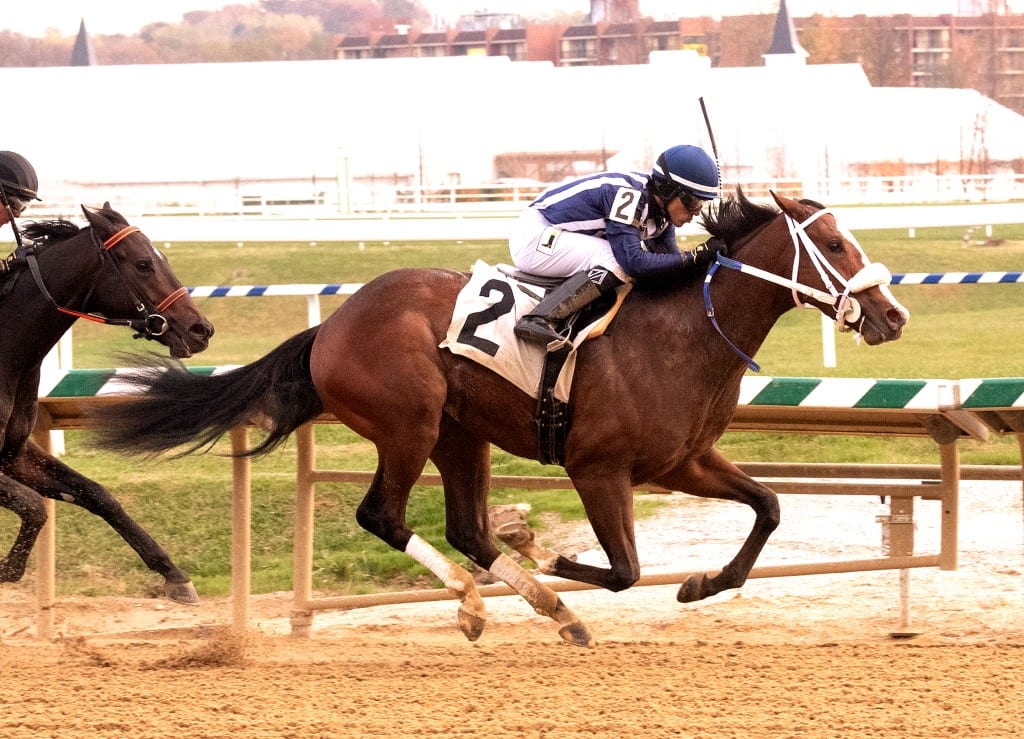 Henry Walters has a small, quiet barn at Pimlico, just six horses in the operation.

But one of those six, a two-year-old Super Ninety Nine gelding named Tommy Shelby, looks poised to make some noise in the local ranks.

With new pilot Jevian Toledo in the irons, Tommy Shelby ran in mid-pack in the 5 1/2-furlong test, was four wide around the turn, and surged clear to win by a length over 12-1 longshot On the Turf. Sent off as the 1.30-1 favorite, Tommy Shelby covered the distance in 1:04.20 over a fast main track and returned $4.60 to his backers.

The score pushed his career earnings to nearly $97,000; he already is the fifth-highest earner among the horses trained by Walters in a career that began in 1980.

“My daughter and her husband bought him at the sale. It’s been a great buy,” Walters recalled. “She was looking for a cheap yearling and spotted him and liked him, and we both liked him.”

A Maryland-bred, Tommy Shelby is out of the Malibu Moon mare Moon Map, cost just $2,000 at last fall’s Fasig-Tipton Midlantic Fall Yearling sale, and is raced in the name of Port Lairge Stables.

After Tommy Shelby started his career with back-to-back wins, Walters tried his luck twice in stakes company. He ran second in the First State Dash, for Delaware-certified runners at Delaware Park, behind the Anthony Pecoraro-trained Golden Candy, who returned to be third in the Parx Juvenile last week.

Then, in the Maryland Million Nursery, he ran an even fourth behind the promising Ournationonparade and Stone Courageous, who ran in Sunday’s race.

“Last time in the Maryland Million, he came back with a little bit of mucus,” Walters explained. “We cleared that up and he ran much better today.”

There aren’t a ton of options locally for two-year-old winners with some quality, and Walters indicated that a return to stakes company — perhaps in the December 7 Maryland Juvenile Futurity for Maryland-breds — is likely in the offing.

“With the 2-year-olds around here, you’ve got to give him a shot,” Walters said. “That’s what he’s eligible for. He hasn’t shown that he’s not ready for them.”

Tommy Shelby has accounted for all three of Walters’ wins this year, and his maiden score snapped a losing streak that had reached nearly two years for the veteran trainer, a winner of 262 races in his career.

So it’s no surprise that a wide smile creases his face when he’s asked if the two-year-old is the best horse in his barn right now.