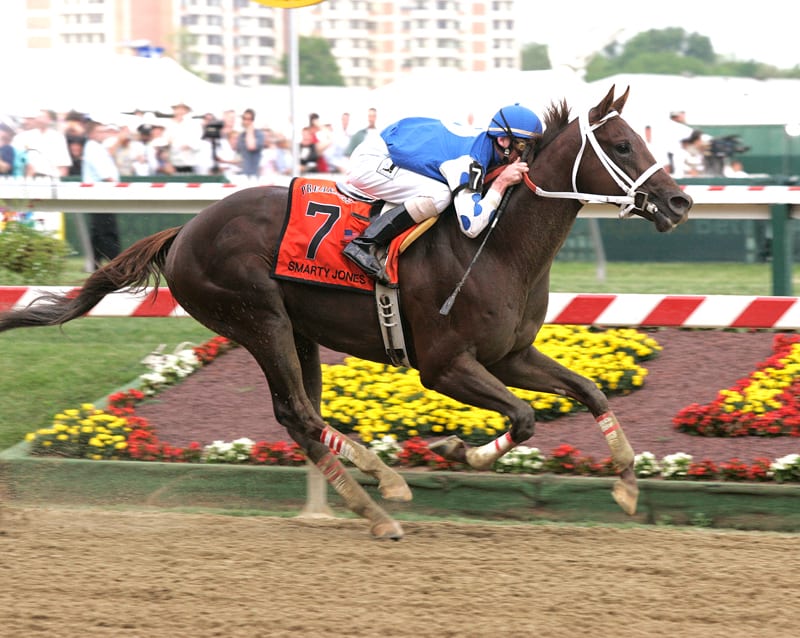 Live racing resumes Saturday, August 31 at Parx Racing as the track kicks off a tremendous Labor Day weekend of racing highlighted by the return of Smarty Jones.

The 2004 Kentucky Derby and Preakness champion will make his first appearance at the track in 15 years, set to be paraded through the stretch, in the walking ring and the winner’s circle shortly after 5:00 PM. The Kentucky Derby and Preakness trophies will also be on display, and fans will have an opportunity to get their pictures taken with the prestigious hardware.

The Labor Day racing program will offer 12 races including seven stakes, highlighted by the $300,000 G3 Turf Monster Handicap on the grass at five furlongs and the $300,000 G3 Smarty Jones Stakes for three year-olds at one mile and seventy yards on the main track. PHL 17 will present a two hour live telecast from 4-6PM, covering four of the seven stakes. Neil Hartman will host the broadcast with analysis from Dick Jerardi and Caton Bredar. Post time for the Labor Day card is 12:25PM.

With racing returning to the Bensalem track, Parx will also add Sundays to its live schedule, now offering live racing Saturday through Tuesday until the first week of December. With the exception of Labor Day, post time will be 12:55PM.