Around the world in 7 days: The week in social media 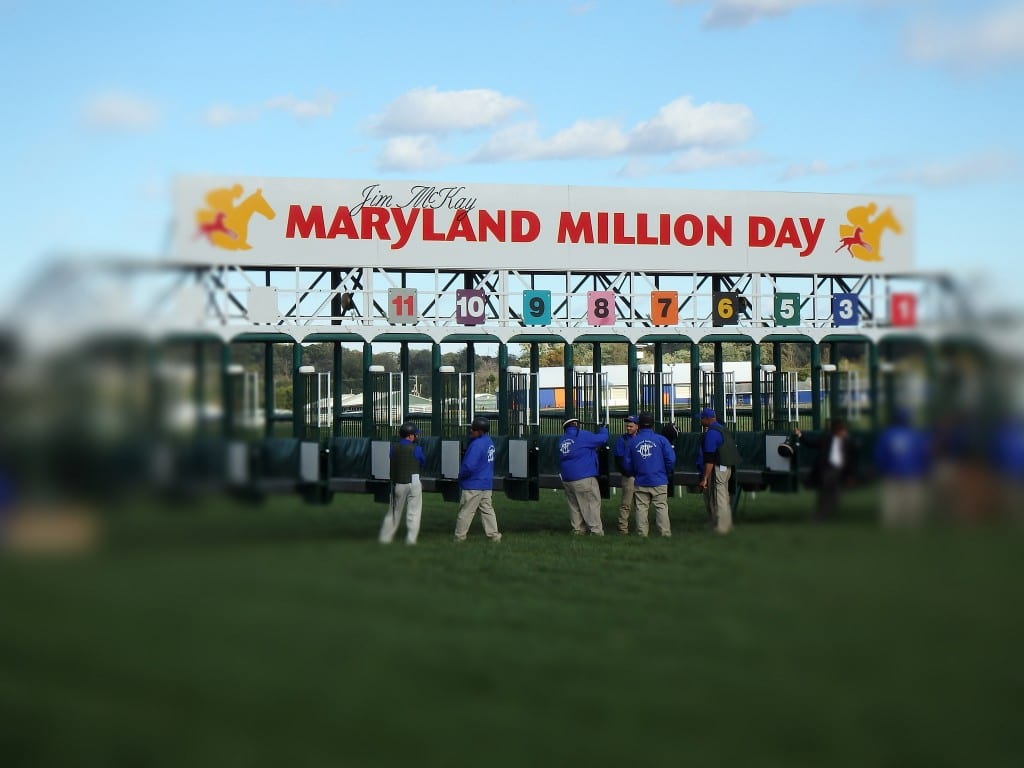 Tthe pre-entry book for the 2019 Jim McKay Maryland Million Day became available online, there is a unique opportunity at Monmouth Park that allows fans to get a closer look into the world of Thoroughbred horse racing, PA Day at the Races was a success, and a $20 million race is on the horizon (but not without controversy).

Here is the 411 on what the racing world has been talking about in the Mid-Atlantic region this week:

Maryland Pride and Maryland Million are on tap

On Saturday, August 17, Laurel Park will be celebrating the state of Maryland for Maryland Pride Day. The Star De Naskra Stakes, The Miss Disco Stakes, The Find Stakes, and the All Brandy Stakes are scheduled to be run on the card.

Along with those four Maryland-bred stakes races, there will also be plenty of other forms of entertainment. There will be live music, a petting zoo, a market for home-grown Maryland businesses, pony rides, and many other family-friendly activities.

The pre-entry book for the 2019 Jim McKay Maryland Million Day can be viewed by visiting this link: http://marylandmillion.com/pdf/preentrybook.pdf

Check out the Dawn Patrol!

A fascinating behind-the-scenes opportunity is available to fans at Monmouth Park. Every Saturday and Sunday through August 25, racing fans are allowed to be a part of the track’s Dawn Patrol tour where they can get a better look into the lives of Thoroughbred racehorses.

Laurie Lane, the host of Dawn Patrol, will lead the tours through the backstretch, the starting gates, and even the jockey’s room. Lane will inform the guests about a variety of topics, such as training programs, important race equipment, and the diet of the equine athletes.

Admission to the Dawn Patrol tours is free, with the tours beginning at 8:00 a.m.

PA Day at the Races recaps

PA Day at the Races took place over the past weekend at Parx Racing, with five stakes races for Pennsylvania-breds highlighting the day.

The first stakes event on the card, the Dr. Teresa Garofalo Memorial Stakes, was won by Afleet Tizzy. With jockey Angel Rodriguez in the irons, the bay daughter of Tizway completed the six-furlong dash in a final time of 1:10.52 for owners Marvin Delfiner and George Krall, and trainer John Servis.

The Mrs. Penny Stakes took place next and was captured by the T. Bernard Houghton trainee, Imply. It was the fourth consecutive win for the chestnut daughter of E Dubai, who skipped over the turf to complete the 1 1/16-mile challenge in a final time of 1:48.47. Owned by Barlar LLC and ridden by Julio Hernandez, Imply returned $2.40 to those who backed her with a $2-win bet.

Someday Jones got his turn to shine next, in the 1 1/16-mile Roanoke Stakes. The dark bay son of 2004 Kentucky Derby and Preakness hero, Smarty Jones, rebounded from his troubled eighth place finish in his previous start to score convincingly in the Roanoke Stakes, stopping the clock in a final time of 1:44.07. Owned by Main Line Racing Stable and Alexandria Stable, trained by John Servis, and ridden by Frankie Pennington, Someday Jones returned $4.40 to the bettors.

Last but not least the Marshall Jenney Handicap took center stage. The five-furlong turf sprint was won by Hollywood Talent, who upset the field to pay $26.20 for his victory. The dark bay son of Talent Search scored the upset by a gallant bob of the head, completing the race in a final time of :59.79. Owned by Ten Strike Racing, Hollywood Talent is trained by Juan Carlos Guerrero and is ridden by Roberto Rosado.

Winner of the last #PABred stakes of the day, the Marshall Jenney H, Hollywood Talent. Bred by Ken and Sarah Ramsey. pic.twitter.com/Iqr1OEjm9o

A cool (and controversial) $20 million!

A non-local event that has been causing a stir throughout the racing world took place on August 7, when it was announced by Saudi racing officials that the inaugural running of the $20 million Saudi Cup is scheduled for February 29, 2020.

The now-richest race in the world is set to be run at the distance of 1 1/8 miles on the dirt and will be taking place at King Abdulaziz Racetrack in Riyadh. Saudi racing officials hope that by running the event on the dirt they can attract top Thoroughbred competition from the United States of America, and have even granted an automatic berth into the event for the top three finishers in the Pegasus World Cup (G1), which will take place at the end of January at Gulfstream Park.

The Saudi Cup will allow a field of 14 horses, with the winner of the racing taking home a whopping $10 million. The rest of the contenders will have the remainder of the purse divided among them all the way through tenth place. Horsemen, of course, are excited to have a chance to run for such an outsized purse, and for fans, it could mean another major racing event.

But not everyone is happy. The Saudi government, of course, was considered by U. S. intelligence to have been involved in the murder of Jamal Khashoggi; and the country is widely seen to have a terrible human rights record, including oppressing women and others.

Hey, if you are going to Saudi Arabia for the Saudi Cup (world’s richest horse race), be sure and visit “chop-chop Square.” That’s where they execute by beheading men for being gay, women for being witches or for a number of other reasons they see fit for execution. — Darin Zoccali (@atTheTrack7) August 8, 2019

Can a woman reporter cover it? Ride in the race? Attend it? What dress restrictions apply? Can women drive themselves? Can they go out in public without a male companion? https://t.co/D6yrOQgUPS