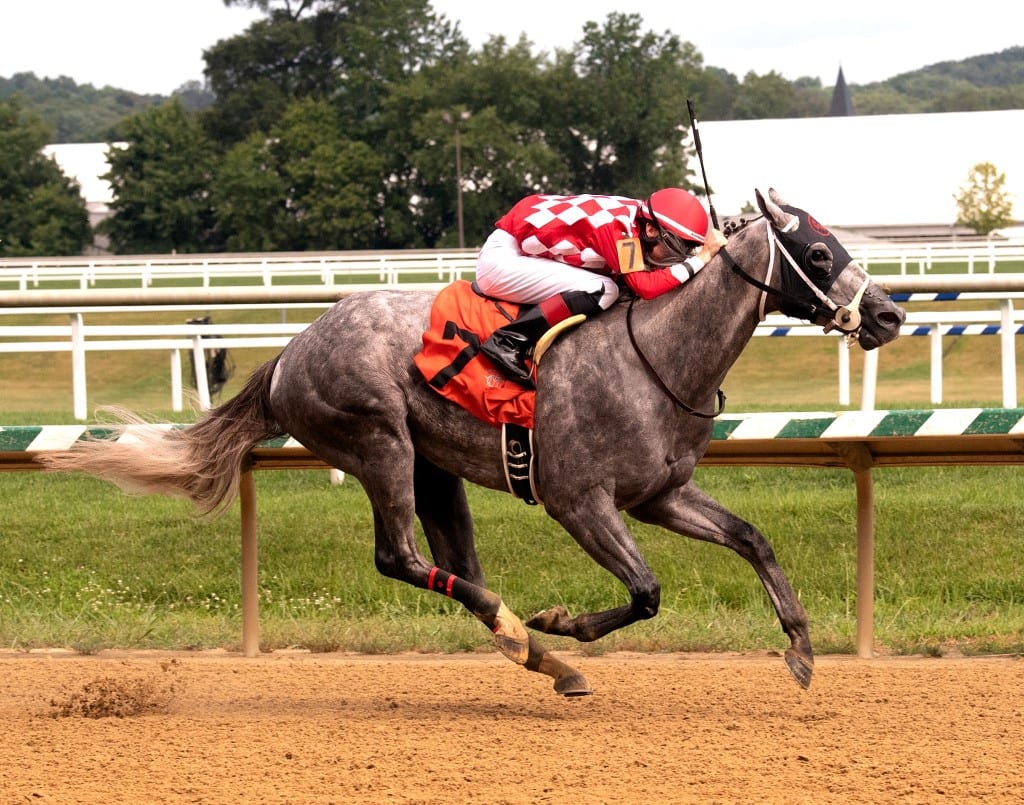 Ridden by Trevor McCarthy, 3-year-old Bull Shark ($4.20) ran 5 ½ furlongs in 1:02.69 over a fast main track in the entry-level allowance for Maryland-bred/sired horses. Taco Supream, a five-time winner from 16 starts, was 1 ½ lengths back in second.

It was the fourth win in three days for trainer Cal Lynch, who also won with 2-year-old fillies Miss J McKay on Friday and Girl Next Door and Two Step Sis on Saturday. By 2014 General George (G3) winner Bandbox, Bull Shark was bred by Sycamore Hall Thoroughbreds.

Breaking from the outside in a field of seven, Bull Shark pressed 4-year-old Align the Numbers through a quarter-mile in 22.04 seconds, gaining separation from their rivals with Taco Supream leading the second flight. Bull Shark coasted to the lead on the turn, straightened for home in command and had plenty left to repel Taco Supream’s belated bid in deep stretch.

Both of Bull Shark’s wins have come against older horses. Unraced at 2, he debuted with a front-running six-length triumph June 9 at Laurel, also under McCarthy, despite breaking awkwardly. The runner-up in that race, Seven On the Rocks, returned to romp by 8 ¼ lengths next out.

“It was great that we loaded last. He can be a little worked up in the gate. We schooled him the other day and he schooled real well, and he broke real well,” McCarthy said. “He jumped out and he got good position and he was dragging me the whole way. I got him to settle down the backside and then when [Align the Numbers] kind of came up next to him he kind of got on the bit again.

“I just kind of sat still and let him get himself together. I knew we were going a quick pace,” he added. “Even just turning for home, he kicks and, that stride he’s got, he keeps giving and keeps giving. He doesn’t really give up much. He does everything right. He’s showing what he shows in the morning.”