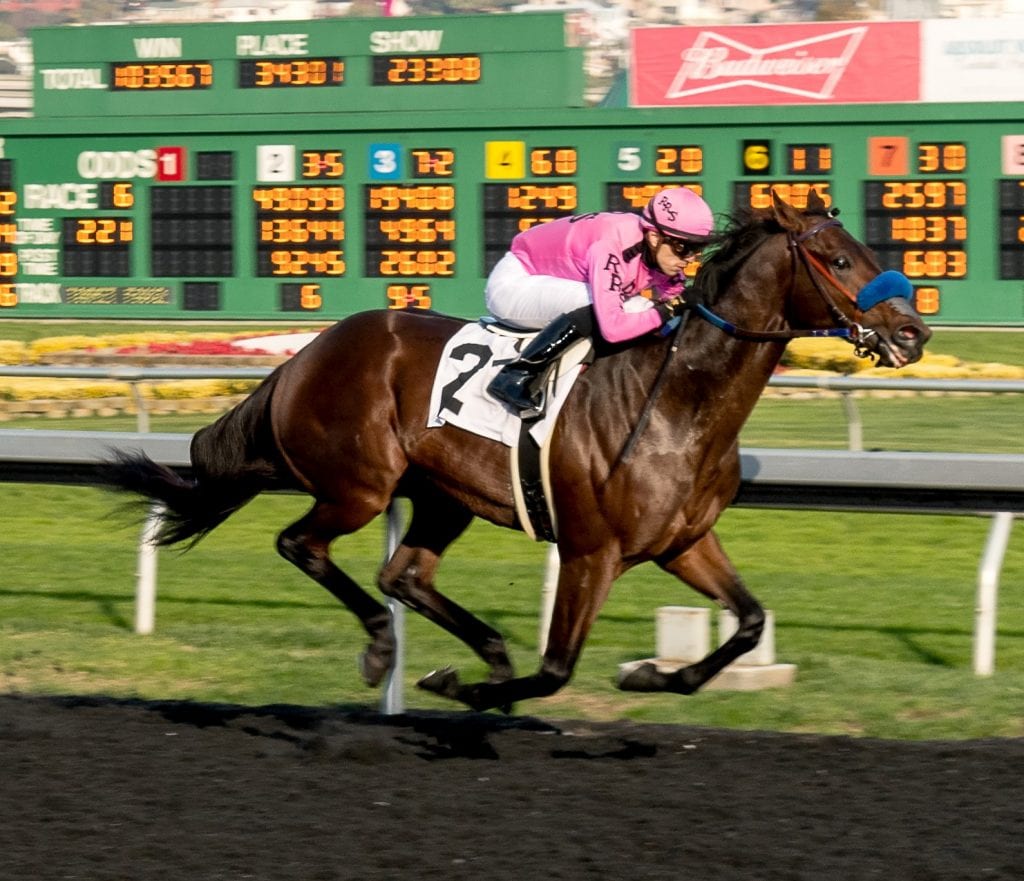 Peter Redekop B.C. Ltd.’s Anothertwistafate breezed six furlongs in a bullet 1:14.20 Saturday at Golden Gate Fields, his final timed workout prior to the 144th Preakness Stakes (G1) on May 18 at Pimlico Race Course.

Trainer Blaine Wright sent Anothertwistafate out to work in company under jockey Juan Hernandez. It was his second breeze over the synthetic surface at the Albany, Calif. track since his second-place finish to Owendale, 1¾ lengths back, in the April 13 Lexington Stakes (G3) at Keeneland.

“It was a good work for us,” Wright said. “We broke him off behind horses, let him just cruise up to them at the quarter pole. He outworked them very easy and galloped out nice and strong. We’re right where we want to be, I hope.

Anothertwistafate earned an automatic berth in the Preakness with his win in the El Camino Real Derby on Feb. 16 at Golden Gate, this third straight victory at the track. He went on to finish second by a neck in the Sunland Derby (G3) on March 24 at Sunland Park before running in the Lexington.

The son of Scat Daddy was 23rd on the points list when entries were taken for the 20-horse Kentucky Derby (G1) field. Wright had already taken the son of Scat Daddy to California to prepare for the Preakness. Wright described Anothertwistafate as being enthusiastic about his training.

“He’s the type of horse that when you work him a half (mile) he works six furlongs,” Wright said. “He always gets a lot out of his breezes and gallops. He’s a big, long-striding horse. This will be five weeks between races, so I sent him out going a mile. We got a pretty good, stout work into him. Now all we have to do hopefully is travel.”

Wright said the colt galloped out the mile in 1:40.

Anothertwistafate, who will ship to Pimlico Tuesday, will be the first Triple Crown starter for Wright, 44, a leading trainer at Emerald Downs in his home state of Washington. Wright maintains a year-round stable at Golden Gate Fields.