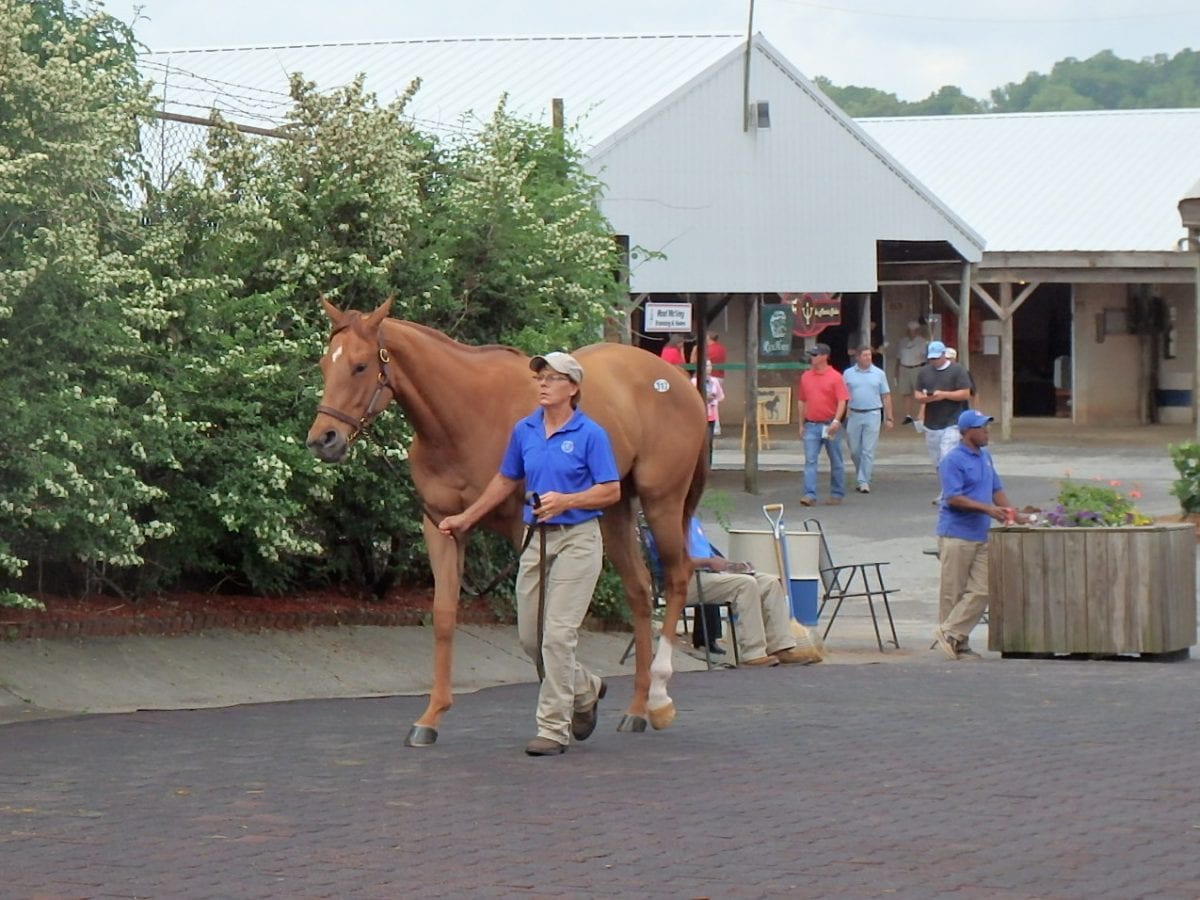 At the sales grounds. Photo by The Racing Biz.

A major sale is coming up in Timonium, the field for the 144th Preakness Stakes in taking shape, and a historic and controversial outcome occurred in the 145th Kentucky Derby, leaving fans of the sport divided with their beliefs.

Here’s what social media has been buzzing about over the past week:

Time for the 2yo sale

The Fasig-Tipton Midlantic Two-Year-Olds in Training Sale is fast approaching, and it has everyone on social media talking. Slated to take place on May 20 and 21, the sale is set to begin at 11 A.M. for both days of the sale. There have been 600 thoroughbreds entered in the sale, 35 of which were bred in Maryland.

The Midlantic Two-Year-Olds in Training Sale has witnessed countless future champions pass through the ring, such as undefeated winner of the Carter Handicap (G1), Army Mule, as well as multiple graded stakes winners Call Paul, Fourstar Crook, Discreet Lover, and Concrete Rose, to name a few.

The 145th running of the Kentucky Derby took place over the weekend, and the results had the whole world — including the President — talking. It was a highly unusual edition of the “Run for the Roses” that has sparked a controversial debate that shows no signs of diminishing.

The sun did not shine brightly on the old Kentucky home on the first Saturday in May. Instead, rain poured from an ominously dark sky, the weather perhaps foreboding the controversial misfortune that was about to unfold. The field broke from the gate without issue, with 9-2 favorite Maximum Security driving to the front and wiring the field. The undefeated colt appeared to have boosted his record to five wins in a row when he crossed the finish line first in the Kentucky Derby, but then came an objection.

After a lengthy delay, Maximum Security was disqualified as the stewards of Churchill Downs unanimously agreed that the colt had interfered with War of Will when he spooked and cut into his path around the far turn. The two colts nearly clipped heels, which resulted in additional interference with Long Range Toddy and Bodexpress. Fortunately, War of Will managed to stay on his feet and avoid disaster. However, the damage had been done and Maximum Security was subsequently disqualified from his victory and disqualified to 17th place.

As a result Country House, the runner-up in the running of the Derby, was declared the official winner. Fans reacted with shock, confusion, and anger, “booing” as the 65-1 longshot was paraded to the winner’s circle and Maximum Security was led back to his stall alone.

The Kentucky Derby decision was not a good one. It was a rough & tumble race on a wet and sloppy track, actually, a beautiful thing to watch. Only in these days of political correctness could such an overturn occur. The best horse did NOT win the Kentucky Derby – not even close!

On to Pimlico and the Preakness

With the Kentucky Derby behind us, the racing world has now shifted its focus to the middle jewel of the Triple Crown, the Preakness Stakes. It was announced over the past week that neither Country House nor Maximum Security will participate in the Preakness.

Country House has been sidelined with a cough, and the connections of Maximum Security have opted not to run their colt back in the two-week turnaround.

While the list seems ever-changing, current probables for the Preakness Stakes include War of Will, Bourbon War, Bodexpress, Code of Honor, Anothertwistafate, Owendale, Laughing Fox, Signalman, Improbable, and the Maryland-bred Alwaysmining. Win Win Win, ninth-place finisher in the Kentucky Derby, is also under consideration for the Preakness Stakes by his Maryland-based trainer, Michael Trombetta.

Country House, the controversial winner of the 2019 Kentucky Derby, has pulled out of the Preakness Stakes after his trainer says the horse has a cough https://t.co/i2S2EaFHYN