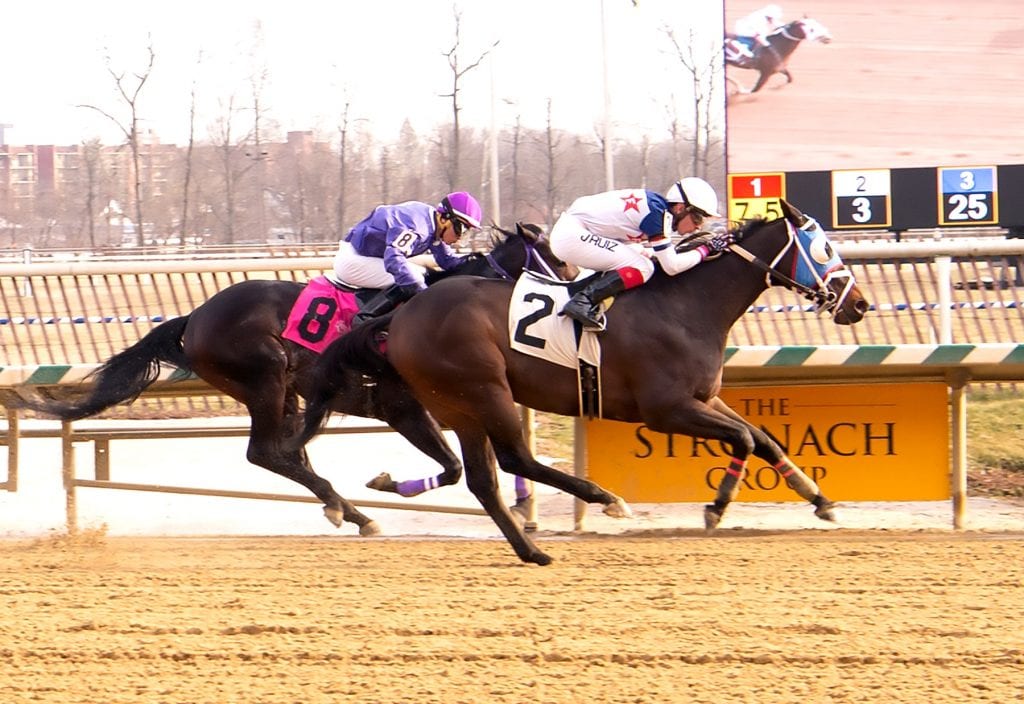 The Laurel Park track has been lightning-fast for much of the last month. Prior to recent weeks, the track hadn’t carded a 6 1/2-furlong race in years. And five-year-old Correjon is at the top of his game right now.

That combination of factors was enough for a Laurel Park track record to fall Sunday.

Breaking from the rail, Correjon ($8) raced along the rail as Bobcat, half of the favored 7-5 entry, and Tradfest dueled through a quarter-mile in 23.07 seconds. In tight quarters leaving the backstretch, Ruiz steered Correjon to the outside after a half in 45.80 and was set down for a drive once straightened for home, edging past Tradfest in deep stretch.

It was the third win from four starts for trainer Jose Corrales since early December, including a hard-fought neck victory Jan. 6 in his previous effort. The only loss came in a 6 ½-furlong optional claimer Dec. 22 at Charles Town.