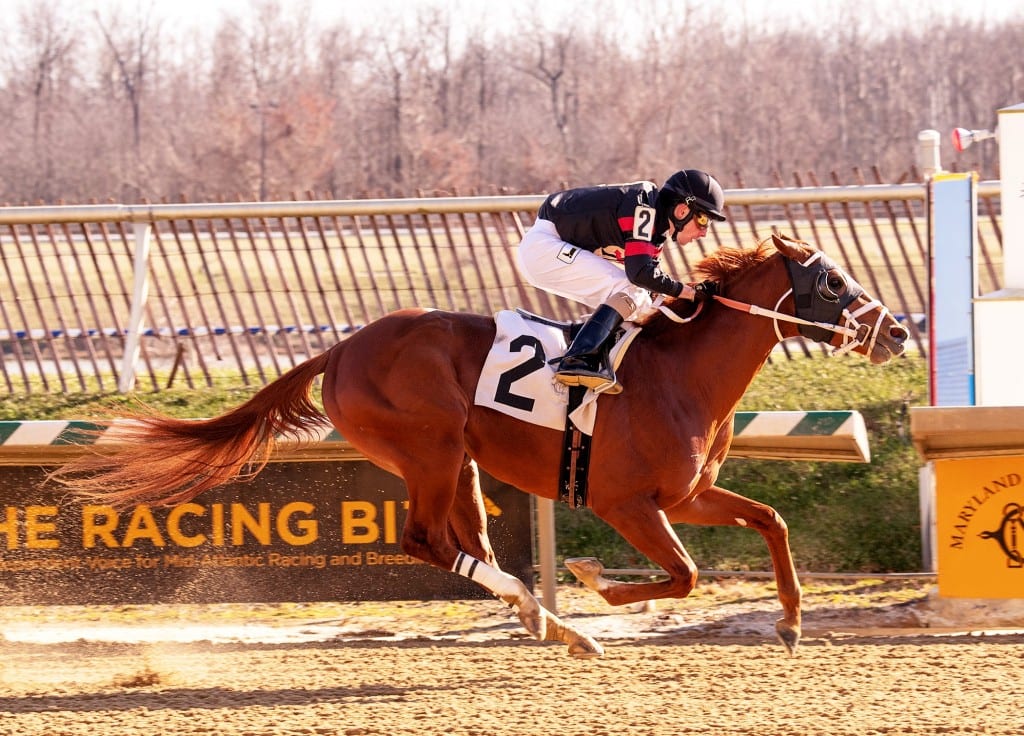 Stronach Stables’ Awesome D J overcame some prerace jitters to take a commanding lead into the stretch and register a 4 ¾-length triumph in his career debut Friday at Laurel Park.

A chestnut son of multiple Grade 1 winner Awesome Again co-bred by Stronach’s Adena Springs and Mr. and Mrs. Richard Kaster, Awesome D J ($6) ran one mile in 1:36.60 over a fast main track in the $40,000 maiden special weight for 2-year-olds.

Trained by Dale Capuano, Awesome D J dropped apprentice Weston Hamilton in the post parade and briefly got loose before being caught and reunited with his rider. Racing inside 16-1 long shot Celtic Pride through a quarter-mile in 24.50 seconds, Awesome D J assumed command through a half in 47.86 and began to gain separation from his rivals, opening up by five lengths straightening for home.

Kept to task through the stretch by Hamilton, Awesome D J ran six furlongs in 1:12.48 and was never threatened as 3-5 favorite Candy Store made a late run for second, three-quarters of a length ahead of Itgot Grandma.

Ridden by Julian Pimentel for trainer Mike Trombetta, Win Win Win ($4.80) sat off pacesetter Lady’s Weekend for a quarter-mile before taking over the top spot on the far turn and opening up once straightened for home to win by 6 ½ lengths in 1:02.30 for 5 ½ furlongs. The final time was a tenth of a second off the Laurel course record of 1:02.20 set by 6-year-old Siralfredthegreat Oct. 6.

In addition, fans can have breakfast with Santa from 9:30 to noon in the second-floor clubhouse sports bar, get a free 2019 Maryland Jockey Club calendar and have a chance to choose from gifts valued at more than $10,000 including flat-screen TVs, iPads, game systems and more.